About 48,000 ships pass through this strait every year, it is also the main route for the export of Russian oil and metal products, as well as Ukrainian, Kazakh and Russian grain to the international market. This year, Ukraine expects to export more than 3 million tons of agricultural products per month through the Bosphorus. 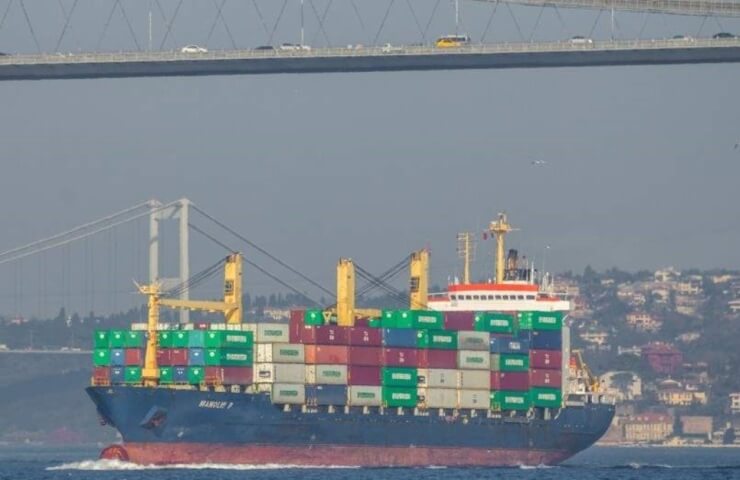 Turkey five times increases the cost of passage through the Bosporus and Dardanelles, Sabah newspaper writes, citing sources in the Turkish Ministry of Transport and Infrastructure.

The new tariffs will come into effect on October 7th. Officially, this information has not yet been confirmed.

The innovation will increase the annual income from the passage of ships through the straits from 40 to 200 million dollars.

When the Montreux Convention was signed in 1936, the amount of fees was determined in French francs. When this currency went out of circulation, the Turkish lira and the dollar began to be used in calculations.

For a long time, 1 franc germinal was equal to 0.29 g of gold, despite inflation and rising gold prices. In 1983, Turkey equated 1 franc to 0.8 dollars. Now Ankara has decided to increase its cost to $4. When calculating the fee, this amount is multiplied by the net tonnage of the vessel.

The Bosporus is about 19 miles long and varies from one third to two miles wide.

The Bosphorus has played an important role in world trade for centuries. About 48,000 ships pass through the straits every year, making this area one of the busiest sea gates in the world.

The Bosphorus is also one of the world's most important maritime oil transit bottlenecks.

More than 3 percent of the world's supply, or three million barrels a day, passes through this waterway, mostly from Russia and the Caspian Sea.

The route also delivers a large amount of grain and steel from Russia, Ukraine and Kazakhstan to world markets.