The Turkish military pension fund may refuse to buy the bankrupt British metallurgical company, as some of its transactions for the supply of materials and services turned out to be "non-specific ". 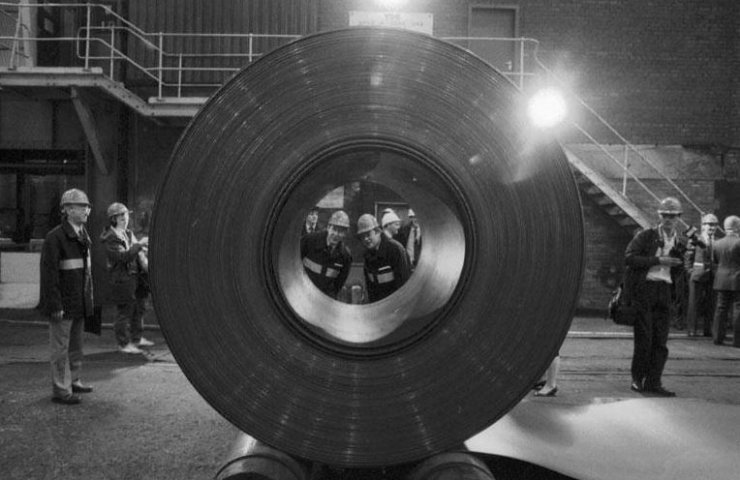 Turkish Oyak Ataer wants to revise all contracts for the supply of raw materials and services to British British Steel before purchasing. This could be an insurmountable obstacle to the exit of the second largest steel company in the UK from bankruptcy.

Oyak's Ataer Holding's due diligence over the past two months has shown some of the deals were uncompetitive and wants to be renegotiated, Bloomberg reported, citing an anonymous source in the Turkish company.

Nevertheless, according to Bloomberg, the Turkish investor still wants to buy British Steel, although the negotiation process is clearly delaying to the displeasure of the unions.

British Steel filed for bankruptcy in May, just three years after it was acquired by private equity firm Greybull Capital LLP for £ 1.

Oyak Ataer is the largest shareholder in Turkey's largest steel producer Eregli Demir ve Celik Fabrikalari TAS, known as Erdemir, a key steel exporter to the EU. The group is also a co-owner of the smaller metal producer Iskenderun Demir ve Celik AS.

Финансовая аналитика, прогнозы цен на сталь, железную руду, уголь и другие сырьевые товары. More news and analytics on Metallurgprom telegram channel - subscribe to get up-to-date market information and price forecasts faster than others.
Сomments
Add a comment
Сomments (0)
On this topic
The owner of the Turkish Erdemir is ready to invest a billion pounds in the future of British Steel
The Chinese company will buy British Steel in the coming days: every day of delay costs 1 million
British Steel tries to sell to Turks with the help of a dubious consultant
British Steel lenders insist on plant closure
The new owner of British Steel will not "bother" with the number of staff
Chinese Jingye company completed the acquisition of the assets of British Steel and is ready to
Recommended:
British Steel seeks financial support from the government to continue work
UK is ready to give 300 million pounds to save British Steel
Norwegian startup to build €4bn green steel plant
News Analytics
War in Ukraine to accelerate world economy transition to clean energy - BP30-01-2023, 11:49
ArcelorMittal invests $120m in US green steel company30-01-2023, 11:11
The United States refused to comply with the decision of the WTO on tariffs on29-01-2023, 20:08
China remains the world leader in shipbuilding with a 50% share of new shipyard29-01-2023, 12:35
Prices for metal products in Ukraine increased by 26% last year29-01-2023, 12:06
S&P: Russia will continue to dominate the steel export market in the Black05-01-2023, 11:22
Fitch Analysts Predict Big Drop in Global Steel Consumption This Year14-12-2022, 13:59
Analysts predict 5% annual growth in the iron casting market through 203006-12-2022, 12:44
Commodity prices will fall, metals quotes will rise slightly - Focus Economics28-11-2022, 13:28
Platinum market to face shortage next year - WPIC22-11-2022, 18:25
Sign in with: