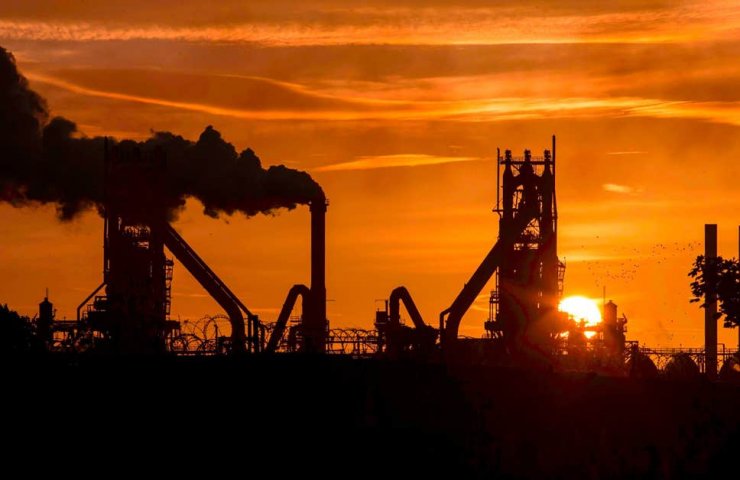 A Turkish Pension Fund, planning a takeover of British Steel, is preparing to commit around £ 1bn to fund the company's revival.

On Monday, August 12, it was revealed that Ataer Holding, which is ready to enter the official exclusive negotiation period for the purchase of British Steel this week, has developed a business plan that involves an investment of around £ 900 million over several years.

This figure is in addition to a government support package that could total £ 300 million in grants, compensation and loans on commercial terms.

Ataer is the Oyak division that oversees the pension funds of the Turkish military.

Insiders said the official liquidator will likely announce as early as Tuesday that Ataer is entering a six to eight week period within which to close the deal.

An investment program worth up to £ 900 million will convince more than 4,000 British Steel workers, unions and ministers that the company has a realistic chance of long-term survival.

British Steel, whose largest production site is in Scunthorpe, went bankrupt in May after bankruptcy after the government decided not to provide the company with £ 30 million under then-owner Greybull Capital.

Approximately 20,000 jobs in the British Steel supply chain depend on the company.

Ataer, which has yet to comment on its interest in entering the UK steel sector, is believed to be planning to commit to producing "Europe's greenest steel" if it succeeds in a takeover.

Ministers are also said to have made a decision on the EU carbon credits issue, prompting the company to apply to the government for a £ 120m emergency loan in April.

A Turkish fund has offered a total price of £ 60 million to £ 70 million to take control of British Steel.

Oyak is the largest shareholder in Erdemir, a Turkish steelmaker, which has previously denied any affiliation with the bidding process.

Финансовая аналитика, прогнозы цен на сталь, железную руду, уголь и другие сырьевые товары. More news and analytics on Metallurgprom telegram channel - subscribe to get up-to-date market information and price forecasts faster than others.
Сomments
Add a comment
Сomments (0)
On this topic
The muddy story with the sale of British Steel to the Turks may end in a complete fiasco
The new owner of British Steel will not "bother" with the number of staff
British Steel tries to sell to Turks with the help of a dubious consultant
Employees of the Nissan plant in Barcelona lit candles on their jobs (Video)
Poles bought first Boeing 737 Max after two deadly plane crashes
British Steel lenders insist on plant closure
Recommended:
Dneprovsky Metallurgical Plant received almost UAH 2 billion in net profit last year
Volvo starts deliveries of electric trucks made of fossil-free steel
The owner of the Dnipro iron and steel works commented on reports of absentee arrest in the Russian Federation
News Analytics
Analysts predict 5% annual growth in the iron casting market through 203006-12-2022, 12:44
Oman to build a new steel plant worth $3 billion in 3 years06-12-2022, 12:14
Tesla's Shanghai gigafactory set a new record for electric vehicle shipments in05-12-2022, 15:24
Sanjeev Gupta may lose control of his steel plants in Belgium05-12-2022, 13:55
Steel demand and weather in Australia will affect coking coal prices05-12-2022, 13:16
Analysts predict 5% annual growth in the iron casting market through 203006-12-2022, 12:44
Commodity prices will fall, metals quotes will rise slightly - Focus Economics28-11-2022, 13:28
Platinum market to face shortage next year - WPIC22-11-2022, 18:25
Global steel demand falls and will fall by 2.3% in 2022: WorldSteel19-10-2022, 23:12
Iron ore prices fall to 11-month low15-10-2022, 10:36
Sign in with: