Poland exported from UK 100 tons of its gold reserves

about 100 tonnes of gold Poland intends to continue to remain in the UK, despite the upcoming release of the Kingdom from the European Union. 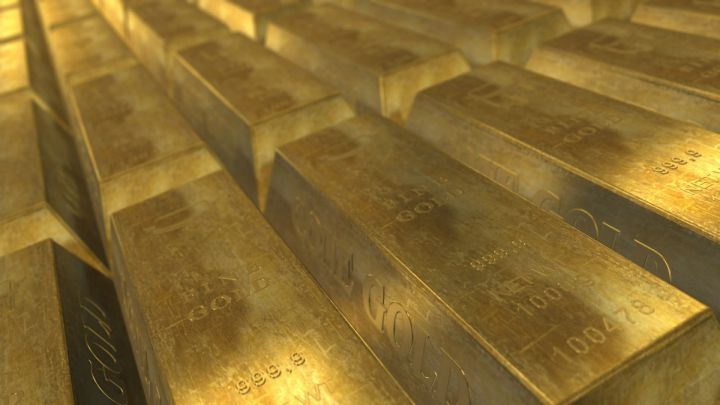 Poland recovered from UK 100 tons of gold, according to the national Bank of the country. Gold was transported to Poland on airplanes with observance of necessary security measures.

"About 100 tons of Polish gold were brought to the country and is now stored in the vaults of the National Bank", — stated in the message.

"We have completed the procedure for the transfer of our gold to the country. Now we have in reserve as much gold as other industrial and civilized countries", - said the head of the national Bank Adam Glapinski.

Earlier this gold was stored in the UK. In 1939 before the Second world war from Poland to the UK have been removed for storing large amount of gold. It is part of the gold reserves of the country.

According to Papanskogo, the Central Bank of Poland will not use its gold reserves, as a reserve. The cost transferred to the Republic of gold is estimated at 18 billion PLN (approximately 4.7 billion US dollars).

part of the gold reserves of the Polish national Bank has decided to leave the UK.

Recommended:
Metallurgical lobby in the US headed by a specialist in international trade Kevin Dempsey
Novokramatorsk Machine Building Plant increases the average salary by 9.8% to UAH 17,000
Q2 2020 was the most difficult in ArcelorMittal history - Lakshmi Mittal
On this topic
Stock exchange gold prices continue to fall
Tata Steel is thinking about mass layoffs in Europe due to the situation in the steel market
Prospects for the development of the economy and steel market in the EU in 2019-2020
Gold Producers Industry Riots by Counterfeiting Crisis
Gold inflows into ETFs reached 1,000 tons
Евросоюз окончательно внес изменения в Газовую директиву Третьего энергопакета
Add a comment
Сomments (0)
News Analytics
"Metinvest " in May increased revenue by 13.6% versus April, debt increased by04-08-2020, 18:49
Metinvest's Kryvyi Rih GOKs will pay double taxes to the local budget until01-08-2020, 14:16
US Steel will not restart blast furnaces in Indiana until the end of this year01-08-2020, 14:02
ThyssenKrupp closed the deal for the sale of the elevator business01-08-2020, 13:53
Minister for Strategic Industries of Ukraine inspected YUZHMASH workshops31-07-2020, 09:49
Steel begins to lose the battle with the aluminium due to the growing27-07-2020, 17:08
Gold may reach a record high in 201114-07-2020, 12:47
Steel prices in southern Europe are rising, despite weak demand23-06-2020, 10:54
Analysts expect strong demand growth for steel in China10-06-2020, 11:57
Global steel consumption in 2020 will be reduced by 6.4% - Worldsteel04-06-2020, 13:53
Sign in with: