The EU suspends tariff hikes on US tariffs on steel and aluminum following the Biden administration's decision to suspend EU tariff increases amid an ongoing dispute over Airbus subsidies and heralds a growing US-EU trade detente. 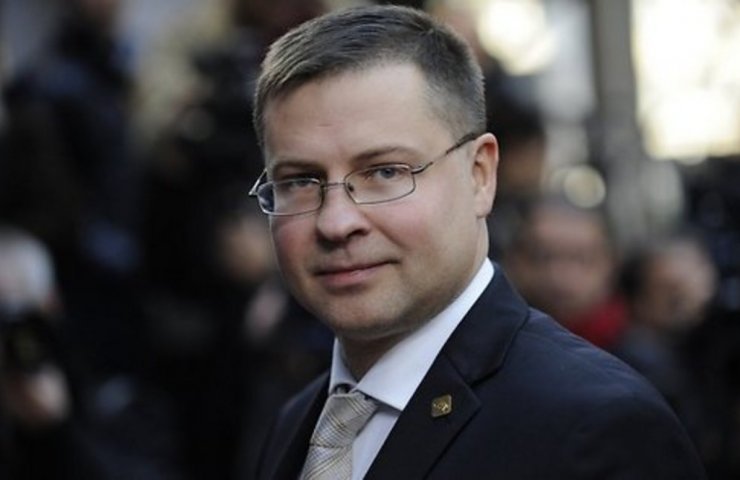 The European Union has postponed the expansion and increase of duties on American goods, imposed in response to Washington-imposed tariffs on steel and aluminum, to restore transatlantic relations. Vice-President of the European Commission Valdis Dombrovskis said this on Monday on Twitter.

In our effort to reboot transatlantic relations, EU will temporarily suspend the increase of its rebalancing measures on U.S. 232 steel & aluminum tariffs.This gives us space to find joint solutions to this dispute & tackle global excess capacity.? https://t.co/cwJR97k14j pic.twitter.com/K606kvlSHM

According to him, this decision will create a negotiating space for the settlement of the trade dispute between the US and the EU.

“In an effort to reset transatlantic relations, the EU will temporarily suspend the strengthening of rebalancing measures for steel and aluminum tariffs in the US 232. This gives us space to find joint solutions to this dispute and resolve the problem of overcapacity in the world,” said Dombrovskis.

reported that European Commission Vice President Dombrovskis, United States Trade Representative Catherine Tay and US Commerce Secretary Gina Raimondo announced in a joint statement that the parties had recently held talks via videoconference and expressed their intention to find a solution to the trade dispute.

Recall that on June 1, 2018, the United States began to impose tariffs on imports of steel and aluminum from the European Union. On June 22, the EU retaliated against a range of goods imported from the United States and planned to expand countermeasures from June 2021.

US President Joseph Biden will take part in the G7 summit in the UK on June 11-13, and then travel to Brussels to attend the NATO summit. This will be his first visit since taking office in January.

Recommended:
The company "Ukrhydroenergo" entered the TOP-5 of the most profitable state-owned enterprises of Ukraine
Vietnam overtook Ukraine in the world ranking of steel-producing states
United Global Logistics (United Global Logistic LLC, hereinafter UGL) launched a container terminal in Zaporozhye
On this topic
US and EU suspend the collection of duties that were imposed against each other during the Trump
Washington may cancel the portion of the tariff on metals in the fight against the coronavirus
New EU Commissioner wants to discuss with a sales representative of the USA tariffs on steel and
The US President re-imposes tariffs on steel and aluminum from Brazil and Argentina
US Steel announces suspension of steel production at two US plants
USA: Winners and Losers in Trump's Trade War with China
Partner news
Сomments
Add a comment
Сomments (0)
News Analytics
Metinvest is ready to pay more than 9 billion hryvnia for the Dnieper steel26-07-2021, 13:01
Cherkassk Azot by Dmitry Firtash completed the modernization of the ammonia26-07-2021, 13:45
Rinat Akhmetov's engineering holding Corum Group focuses on export26-07-2021, 13:11
Tesla's Berlin Gigafactory to be fined for installing devices not approved by26-07-2021, 12:35
The capacity of private solar power plants in Ukraine approached 1 gigawatt26-07-2021, 11:42
On the regional markets of metallurgical products, prices are balancing in a22-07-2021, 16:22
Demand for armaments will ensure a stable growth of armored steel sales by 4%20-07-2021, 10:10
Protectionist Measures Support European Steel Prices Despite Summer Lull19-07-2021, 11:02
Positive price growth is observed in the markets for metallurgical products16-07-2021, 14:12
European steel market is in confusion: price growth has slowed down, but no one21-06-2021, 17:40