Italy is preparing to provide emergency assistance to the steel industry

For the Italian economy, the end of the year will be very problematic if Rome will not be able to find a solution for dual industrial crisis that has shaken its fragile coalition government. 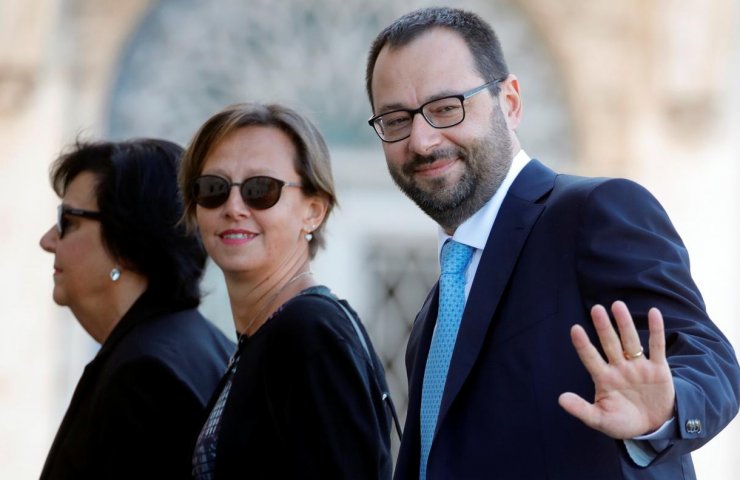 the Italian government provoked two major industrial crisis in the economy which may lead to violations of the rules of the European Union to provide emergency financial support to Alitalia and hundreds of millions of euros loan metallurgical plant ILVA.

Stefano Patuelli, Minister of economic development of Italy, said interview the Financial Times that the government is ready to intervene if necessary in the situation at a metallurgical plant in Taranto, with the result that Rome will become the subject of increased control from Brussels over possible illegal state aid to the Italian companies that circumvent EU rules.

Earlier it was reported, at the end of this year Alitalia, which entered external administration with no enough money to pay wages. It was the occasion to declare a precautionary 24-hour strike by the airline's employees, is scheduled for December 13.

Recall that the ironworks ILVA was on the verge of stopping after the decision of the Italian Parliament to revoke the legal immunity for ArcelorMittal, which gave protection to the new owner of the enterprise against criminal prosecution for environmental crimes committed by the former owner.

Under the terms of the 8-page plan, which was published in a Sunday newspaper Il Messaggero, the government is preparing to acquire 18% of shares ILVA or through state lender Cassa Depositi e Prestiti (CDP), or through the state investment Agency Invitalia.

the Government will also propose to restore legal protection from prosecution for ArcelorMittal, at the time of execution of the agreed plan for upgrading the wastewater treatment plant, the report said.

Recommended:
YUZHMASH declares its readiness to produce light-class launch vehicles
Oleg Deripaska named the reasons for the strong impact of US sanctions on the Russian economy
ArcelorMittal Kryvyi Rih is building a new blade with strict observance of environmental obligations
On this topic
In Italy we can nationalize ArcelorMittal plant
Rome will resume negotiations with ArcelorMittal trying to avoid a social explosion in the
From the Prime Minister of Italy in Taranto required to close ILVA steel plant
ArcelorMittal Italian division replaces CEO
ArcelorMittal угрожает закрыть крупнейшее сталелитейное предприятие Европы
Вмешается ли правительство Великобритании в ситуацию с British Steel?
Add a comment
Сomments (0)
News Analytics
"Metinvest " in May increased revenue by 13.6% versus April, debt increased by04-08-2020, 18:49
Metinvest's Kryvyi Rih GOKs will pay double taxes to the local budget until01-08-2020, 14:16
US Steel will not restart blast furnaces in Indiana until the end of this year01-08-2020, 14:02
ThyssenKrupp closed the deal for the sale of the elevator business01-08-2020, 13:53
Minister for Strategic Industries of Ukraine inspected YUZHMASH workshops31-07-2020, 09:49
Steel begins to lose the battle with the aluminium due to the growing27-07-2020, 17:08
Gold may reach a record high in 201114-07-2020, 12:47
Steel prices in southern Europe are rising, despite weak demand23-06-2020, 10:54
Analysts expect strong demand growth for steel in China10-06-2020, 11:57
Global steel consumption in 2020 will be reduced by 6.4% - Worldsteel04-06-2020, 13:53
Sign in with: