A court in Taranto also sentenced 24 former Ilva leaders, consultants and local politicians to prison, including the former head of the region 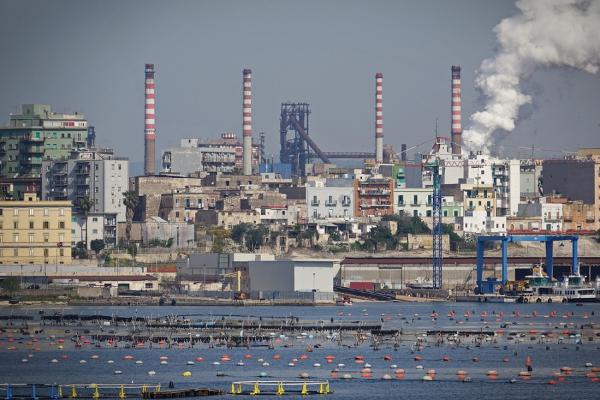 An Italian court on Monday sentenced the former owners of the Ilva steel mill, Fabio and Nicola Riva, to 22 and 20 years in prison for emissions of gases and dust hazardous to human health.

Once the largest steelmaker in Europe, an Italian steel mill has been throwing away a deadly cocktail of carcinogenic dioxins and minerals for more than half a century, which doctors say has caused a spike in cancer in the city of Taranto.

Completing a five-year trial, the court also sentenced 24 former Ilva leaders, consultants and local politicians to prison, including the former head of the Puglia region, Niti Vendola, who received a three and a half year sentence.

All defendants are automatically entitled to two appeals before the sentence is final.

The Riva brothers denied wrongdoing, and their lawyers said they spent huge amounts of money on environmental compliance. “The Riva family has consistently invested heavily in Ilva to improve the equipment and operate in accordance with the regulations,” said attorney Luca Perrone.

The mayor of the city of Taranto Rinaldo Melucci welcomed the court's decision, saying that for many years the population was "massacred" for profit. “Today, the Italian state has recognized the suffering of Taranto, recognized the abuses committed in the name of profit,” he said in a statement.

At its peak, the Ilva steel plant produced more than 10 million tons of steel per year, but in 2012 local activists said it needed to be cleaned up or closed, arguing that the Riva family had caused an environmental disaster.

In 2015, the government took control of about 16,000 jobs and struck a deal to sell the ArcelorMittal plant in 2018. However, this agreement is being revised , and the state is likely to become the main shareholder, since environmental problems have not gone away, and the new owner does not want to be held responsible for violations committed by the previous administration.

Recommended:
Yorkshire industrialist Sir Andrew Cook calls for complete ban on steel imports from China
IMF proposes to allocate $ 50 billion to fight COVID-19 pandemic
Ukrposhta bought 18 IVECO EuroCargo trucks worth about UAH 44.5 million
On this topic
Italian steel plant - largest in Western Europe - launches blast furnace
The Italian government managed to persuade ArcelorMittal to continue working in Taranto
Rome will resume negotiations with ArcelorMittal trying to avoid a social explosion in the
From the Prime Minister of Italy in Taranto required to close ILVA steel plant
The Prime Minister of Italy has said it will not allow ArcelorMittal to flee the country
ArcelorMittal threatens to close Europe's largest steel mill
Add a comment
Сomments (0)
News Analytics
Demand for scrap metal in Ukraine exceeds supply by 5%19-06-2021, 11:45
Ukraine resumed sea purchases of gasoline due to restrictions on supplies from19-06-2021, 11:38
Installation of the first mine hoisting machine of Uralmashzavod began in Altai19-06-2021, 11:46
European designers have learned to inflate steel structures that could be a18-06-2021, 17:42
In Ukraine, police were accused of involvement in the theft of coal from trains18-06-2021, 17:51
Vaccinations fuel demand for platinum - World Platinum Investment Council08-06-2021, 12:55
Sharp price growth continues in the rolled metal market - Ukrpromvneshexpertiza08-06-2021, 11:04
Analysts note overheating of the global scrap metal market01-06-2021, 13:28
Hydrogen-fueled steelmaking could be competitive after 2050 - McKinsey19-05-2021, 14:22
Steel raw material prices are skyrocketing across the board18-05-2021, 12:34
Sign in with: