The Turkish Trade Minister called on all countries of the world for global cooperation in the fight against excess capacity in the iron and steel industry. 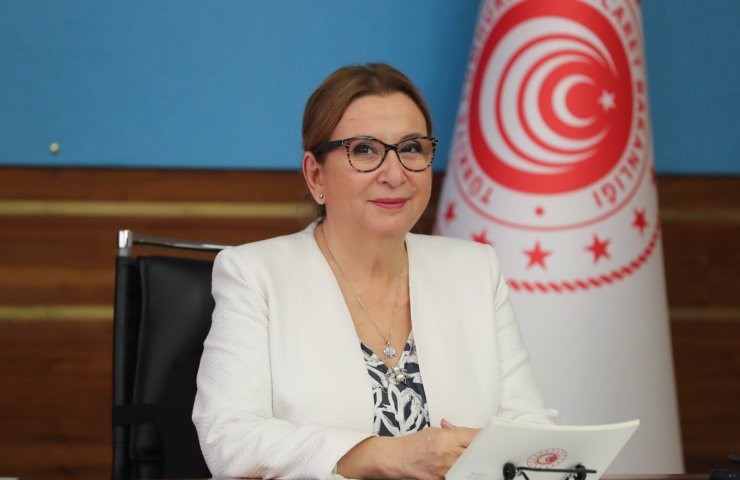 Turkish Trade Minister Ruhsar Pekkan on Tuesday urged the countries to cooperate to address problems in the steel sector caused by protectionist measures and preventive policies to protect markets.

Pekkan announced this at the ministerial meeting of the Global Forum on Steel Overcapacity (GFSEC), which she attended via videoconference.

Pekkan stressed that the steel industry, which is currently struggling with overcapacity and low prices, has become even more vulnerable due to the pandemic. She said the latest estimates from the World Steel Association show that the sector is expected to recover slightly in 2020 and beyond, but despite these expectations, the gap between capacity and demand in the steel industry is large and structural. </P >

Noting that other countries are also turning to protectionist policies due to the pandemic, Pekkan stressed that, for one reason or another, steel market policy should be determined by market conditions.

“Unfortunately, we are seeing some of the major steel producing countries and groups of countries pursuing policies that disrupt trade flows and imports,” Pekkan said, calling for a focus on the root cause of the problem.

She stressed that overcapacity is a long-standing global problem that countries need to work together to address.

“To this end, we support the continuation of the forum's efforts to find solutions. We believe the forum can best serve its purpose with the participation of all major players, ”she said.

The GFSEC was created in 2017 under the German G20 chairmanship following a decision taken at the 2016 G20 Leadership Summit as a result of a global excess steel capacity that exceeded 800 million tonnes in 2015.

The Global Forum aims to improve the exchange of information and data among members on steel capacity development, policy and industrial reforms, and to take effective measures to reduce excess capacity, thereby strengthening the functioning of steel markets.

Between 2017 and 2019, it was attended by the G20 countries and OECD members, but China and Saudi Arabia previously announced that they would no longer attend the forum meetings from 2020. This year's meeting is chaired by the European Union and South Korea.

Recommended:
The European Commission announced the reduction of industrial emissions by 2% to 30-year low
US Hot Rolled Coil Prices Gain $ 20 Over the Week
China diversifies coal imports by ditching Australian goods
On this topic
In the United States has said it will continue to work to reduce Chinese methodnode
International Forum on Metallurgical Capacities Fails
Trump punishes Turkey for attack on Syria with 50% steel duties
Steel production at record levels. What's next?
South Korean metallurgists complain of growing environmental burden
China's steel production growth surprised analysts
Add a comment
Сomments (0)
News Analytics
US Provides $ 20 Billion in Government Support to Airlines to Pay Salaries02-12-2020, 19:25
Metinvest closes its first securitization deal02-12-2020, 19:05
Sanjiv Gupta one of these days will find out all the financial secrets of the02-12-2020, 19:18
EU asks Biden to abolish duties on steel and aluminum02-12-2020, 15:16
Mariupol plant named after Ilyich produced the first 20 thousand tons of02-12-2020, 15:54
European Union scrap collectors worried about possible export restrictions18-11-2020, 10:41
Occupational diseases of workers in the extractive industry: types and ways to16-11-2020, 17:49
Eurofer expects recovery in EU steel demand05-11-2020, 09:47
Hot rolled carbon steel demand will continue to grow by 4% pa until 203004-11-2020, 16:14
Platts Steel Trade Review: China Will Decide Asia's Fate30-10-2020, 10:04
Sign in with: