The European Union has imposed tariffs on hot rolled steel sheets from Turkey since Friday as part of an ongoing anti-dumping investigation. 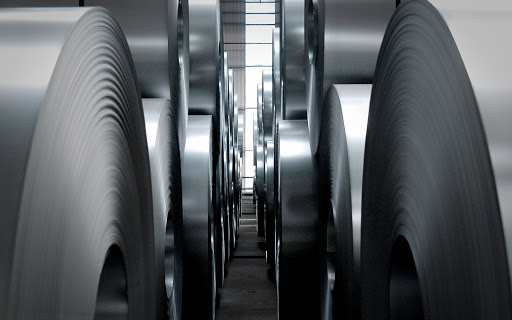 The European Commission's decision to impose import duties on hot-rolled steel originating from Turkey was made purely for political reasons, said Ugur Dalbeler, Deputy Chairman of the Turkish Steel Exporters Association, adding that the EU's decision was expected in the current environment.

“These decisions were not based on any fact and were made only for political reasons, because steel producers in Europe have been putting tremendous pressure on Brussels for a long time,” Dalbeler said.

Let us remind you that from Friday the European Union will have temporary anti-dumping duties , which will range from 4.8% to 7.6% and will affect the Turkish companies Erdemir, Isdemir, Çolakolu Metalurji and Habaş.

The duties will be in effect within the framework of the investigation, which started in May last year, for six months, until its completion.

Anti-dumping procedures were initiated by the European association of steel producers Eurofer. In parallel, an anti-subsidy investigation is underway against the same product from Turkey. It also ends in July.

Turkey was the main source of imports of finished steel products to the EU in 2018, increasing steel supplies to Europe by 65% ​​to 6.17 million tonnes over the previous year.

The EU introduced quotas and mandatory registration of contracts for the supply of steel in 2018 to control imports to protect European producers after Washington's imposition of 25% of steel tariffs closed the US market for many exporters and redirected metal product flows to Europe.

Turkey has filed a lawsuit with the World Trade Organization (WTO) against EU tariffs on steel imports. At the end of August 2020, WTO members agreed to set up a dispute commission to deal with Turkey's complaint.

At a meeting with Valdis Dombrovskis, EU Trade Commissioner and Vice President of the European Commission, in December 2020, Trade Minister Ruhsar Pekkan expressed Ankara's concerns and expectations regarding EU measures on steel products, noting that Turkey is the country with the most affected by this.

She demanded a review of the measures in accordance with the agreements between the two parties and the spirit of partnership.

Recommended:
Mitsubishi Heavy to build largest zero-carbon steel plant
Bogdan Motors announced a record drop in production and the beginning of bankruptcy proceedings
Japan may declare state of emergency due to explosive growth of coronavirus infections
On this topic
The European Commission introduced anti-dumping duties against Turkish rolled metal products
WTO to consider Turkey's complaint against European Union restricting steel imports
Global steel production in may 2020 fell by almost 9%
The United States lowered duties on Turkish steel to 25%
Prospects for the development of the economy and steel market in the EU in 2019-2020
Protectionism fails to balance the steel market
Add a comment
Сomments (0)
News Analytics
In the Republic of Tuva, a citizen of China died as a result of a collapse in a17-01-2021, 11:44
Lenovo remains the global leader in personal computer shipments in 202017-01-2021, 08:19
Ukrzaliznytsia held successful auctions for the sale of scrap metal with an16-01-2021, 17:35
Gosgeonedra of Ukraine is moving to the world geodetic coordinate system WGS-8416-01-2021, 13:38
The only uranium mining enterprise in Ukraine reduced uranium production by 7.1%16-01-2021, 13:52
China will overtake the United States to become the world's largest economy in27-12-2020, 12:04
The shortage in the US steel market will last at least until the end of the25-12-2020, 11:36
Steel production in China to surpass one billion tons this year23-12-2020, 10:59
Iron ore prices hit seven-year high and continue to rise15-12-2020, 10:26
Prices for metallurgical raw materials continue to rise in regional markets10-12-2020, 11:32
Sign in with: