Iron and steel are the source of approximately 7 percent of global carbon dioxide emissions. While metal will be needed for many products for the foreseeable future, including electric vehicles and wind turbines, the steelmaking process is now seen as a potential problem for investors and even customers. 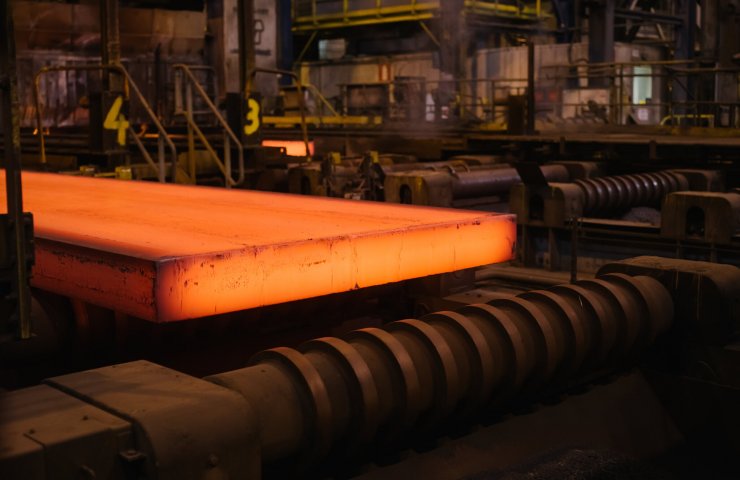 The largest steel company, ArcelorMittal, is spending 325 million euros on pilot programs in Europe that include making steel using hydrogen and using bacteria to convert waste carbon dioxide into useful chemicals. This amount is less than 1 percent of the company's revenue for 2020.

But the future costs of converting a range of blast furnaces to sustainable facilities are likely to be in the tens of billions of euros, the company says.

ArcelorMittal has factories around the world, but environmental pressure is particularly acute in Europe. where the company produces about half of its steel. The company is headquartered in Luxembourg and Ursula von der Leyen, who became President of the European Commission in 2019, has declared a real war on environmental pollutants.

In 2019, ArcelorMittal's global operations produced 90 million metric tons of steel, about 5 percent of the global total, with 185 million tons of carbon dioxide emissions.

Emissions penalties under the European carbon trading program and other measures are expected to rise rapidly in the coming years, reducing already marginal profits for steel producers.

“Everyone expects the rules to be very strict,” said Akio Ito, Senior Partner at Roland Berger Consulting Company in Munich.

He predicts that in a few years, the carbon tariff could rise to € 150 per tonne of steel, which is about 20 percent of the current price per tonne of raw metal. If so, steel production in Europe could become too expensive, Ito said.

ArcelorMittal says it will take up to € 40 billion in investment over the next three decades to eliminate emissions from steel production in Europe alone, depending on methods. Steel production costs will also skyrocket.

According to Mr. Mittal, without financial support from governments "there would be no incentive for steel production in Europe."

By 2030, ArcelorMittal plans to reduce carbon dioxide emissions in Europe by 30 percent compared to 2018; and by 2050 the entire company will be carbon neutral. In the meantime, ArcelorMittal is trying to meet the growing consumer demand for low carbon steel by making relatively small investments, for example using natural gas with a small fraction of hydrogen instead of coke at the plant, labeling new steel products as “green steel”.

Jean-Christophe Vigourou, CEO of Ateliers 3S, a supplier of custom roofing materials and facades in Clermont-Ferrand, France, was the first buyer of this niche product, which differs from conventional steel only in labeling. In an interview, Mr. Viguru said that he ordered 1,000 tonnes of green steel at a roughly 10 percent markup to the market price.

Gert Van Poelvoorde, CEO of ArcelorMittal Europe, said that the opportunity to sell the material at the higher price was a pleasant surprise to help finance the emission reductions. More importantly, he said, offering a green-labeled product, customers and authorities who are considering funding these efforts are “very serious, and this is not just talk.”

Recommended:
The China-Europe freight train departs for the first time from the hometown of the discoverer of the Great Silk Road
The Antimonopoly Committee of Ukraine has unblocked the purchase of passenger cars by Ukrzaliznytsia
Electrotyazhmash continues cooperation with national and European partners
On this topic
Ukrmetallurgprom clarifies data on iron and steel smelting in Ukraine for 2020
Hot rolled carbon steel demand will continue to grow by 4% pa until 2030
ArсelorMittal predicts falling sales and income due to coronavirus
Ukraine has managed to stay in the TOP 10 world producers of cast iron in 2019
To reduce emissions "ArcelorMittal Kryvyi Rih" has used an innovative method of repair of coke oven
Metallurgists of Ukraine has reduced gas consumption for 10 months by 2.5%
Add a comment
Сomments (0)
News Analytics
Бразилия заинтересовалась производственными возможностями Южмаша21-04-2021, 14:35
Энергоатом заказал в Турбоатоме конденсатор стоимостью 0,5 миллиарда гривен для21-04-2021, 14:28
Укрзализныця достигла согласия с поставщиками по отгрузке дизельного топлива21-04-2021, 14:25
Global hydrogen demand to grow 7-fold by 2070 - PwC21-04-2021, 12:31
Energy independence of Ukraine depends on decarbonization and "green" energy -21-04-2021, 12:42
Global hydrogen demand to grow 7-fold by 2070 - PwC21-04-2021, 12:31
World Steel Association predicts a good year for metallurgists15-04-2021, 18:19
World Steel Association defines green steel and its variations12-04-2021, 13:14
China unlikely to cut steel capacity in 2021 due to high steel prices07-04-2021, 12:11
Scrap metal market at the beginning of April02-04-2021, 11:10
Sign in with: