ArcelorMittal promises to cut CO2 emissions by 35% by 2030

For these purposes, the largest metallurgical company in the world intends to spend up to $ 10 billion. A billion of them will be invested in Ukraine. 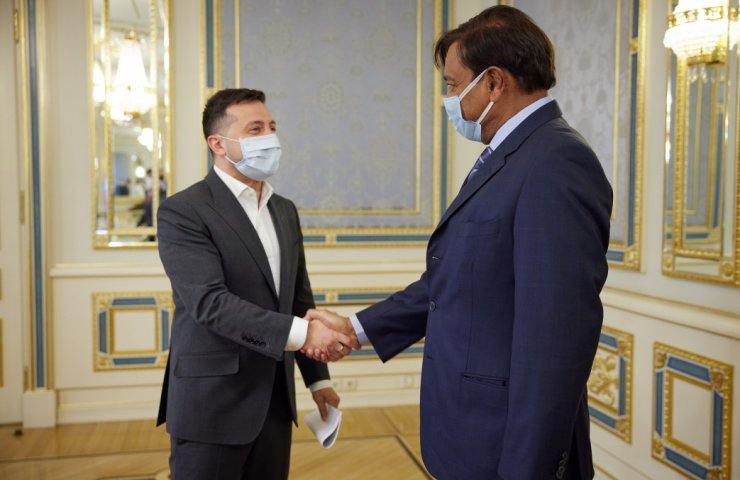 The world's largest steel producer outside of China, the British billionaire's ArcelorMittal steel company, Lakshmi Mittal, has released its second climate report, in which it announced that by 2030 its CO2 emissions in Europe will be reduced by 35%, and worldwide by 25%. % to the level of 2018.

“ArcelorMittal is working hard to be at the forefront of our sector towards zero emissions. We believe that this will not only help decarbonize the global economy, but also open up opportunities in many aspects of our business, ”the company's press service quotes its CEO Aditya Mittal.

Achievement of the set goals is conditioned by a number of assumptions:

As noted, in order to achieve climate targets by 2030, ArcelorMittal will need a total of about $ 10 billion. At the same time, it is expected that part of the funding will be obtained from taxpayers' money in the countries of presence.

The company believes that the Spanish plant ArcelorMittal Sestao will be the first carbon-neutral metallurgical plant in the world by 2025.

As reported, ArcelorMittal plans to achieve full carbon neutrality by 2050.

ArcelorMittal is a leading global steel and mining company with a presence in 60 countries and manufacturing assets in 17 countries. In Ukraine, ArcelorMittal owns the largest mining and metallurgical plant ArcelorMittal Kryvyi Rih and a number of small companies, in particular, PJSC ArcelorMittal Berislav.

ArcelorMittal Kryvyi Rih is the largest manufacturer of rolled steel in Ukraine. It specializes in the production of long products, in particular, rebar and wire rod. plans to invest about 1 billion US dollars in new projects for environmental modernization and development of production in Ukraine.

Финансовая аналитика, прогнозы цен на сталь, железную руду, уголь и другие сырьевые товары. More news and analytics on Metallurgprom telegram channel - subscribe to get up-to-date market information and price forecasts faster than others.
Сomments
Add a comment
Сomments (0)
On this topic
Is it possible to replace Russian gas in the Ukrainian GTS with "green" hydrogen?
Ukrainian hydrogen for Europe: an image of the future or a soap bubble?
The biggest challenge the world will face in the next 30 years is decarbonization - Aditya Mittal
Russia did not mind replacing natural gas with hydrogen in Ukrainian transit in 2035
ArcelorMittal head leaves for Bosnia to post bail for arrested brother
ArcelorMittal slashes global steel consumption growth forecast
Recommended:
UK steel production hits record low this year
ThyssenKrupp invests 2 billion euros in the construction of Europe's largest DRI plant
EBRD downgrades Ukrainian economic growth forecast for 2023 from 25% to 8%
News Analytics
The production of passenger cars in Russia decreased by 2.8 times in eight29-09-2022, 11:19
Donetsk and Torez electrotechnical plants will start producing electrical29-09-2022, 11:37
Ukrainian coking plants reduced gross coke production by 55.2%29-09-2022, 11:28
China ramps up investment in transport to bolster economy29-09-2022, 11:33
The heads of mining companies named the main risks for business29-09-2022, 10:03
China production cuts in winter will give limited boost to steel markets -15-09-2022, 10:09
Steel prices may rise as manufacturers stop production11-09-2022, 14:06
IREPAS: The global long products market is in a "dramatic situation"10-09-2022, 20:49
Steel prices are unlikely to rise significantly in the near future - analysts02-09-2022, 22:58
Steel prices may move up on new data from China31-08-2022, 12:19
Sign in with: