German police unlocked the coal mines in the East

Earlier on Saturday, hundreds of activists advocating for better protection of the climate, blocked career coal mining and Railways in the Federal States of Saxony and Brandenburg. Police reported clashes with protesters. 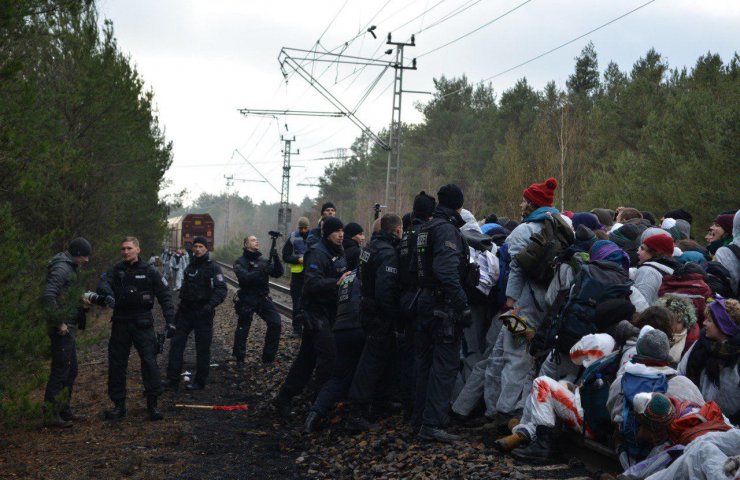 Activists and supporters of environmental initiatives Ende Gelände on Saturday, November 30, blocked several quarries for the extraction of brown coal in Eastern Germany. Activists, six hours blocked the infrastructure, demanding the immediate rejection of coal power and system changes to protect the climate.

"After a successful six-hour blockade, we finish the action" - says the official Twitter Ende Gelände.

Only about a thousand demonstrators entered the territory of the pit Welzow-süd in Brandenburg and career Ansaldi, another group of protesters took place on railway tracks, blocking route to transport coal.

In the quarries because of the protests ceased all work for safety reasons.

the police said that clashes between police and protesters. The police say they "cannot confirm the peaceful nature" of this action, the defenders of the environment.

the organizers of the event claim that they had planned a one-day protest.

"We strongly demand the immediate cessation of coal mining. We are experiencing a critical moment, the window of opportunity to halt climate crisis is closing fast. But we still have hope: today we are taking the situation with the abandonment of coal in their hands and their bodies block the path of destruction", — said the representative Ende Gelände johnny parks. 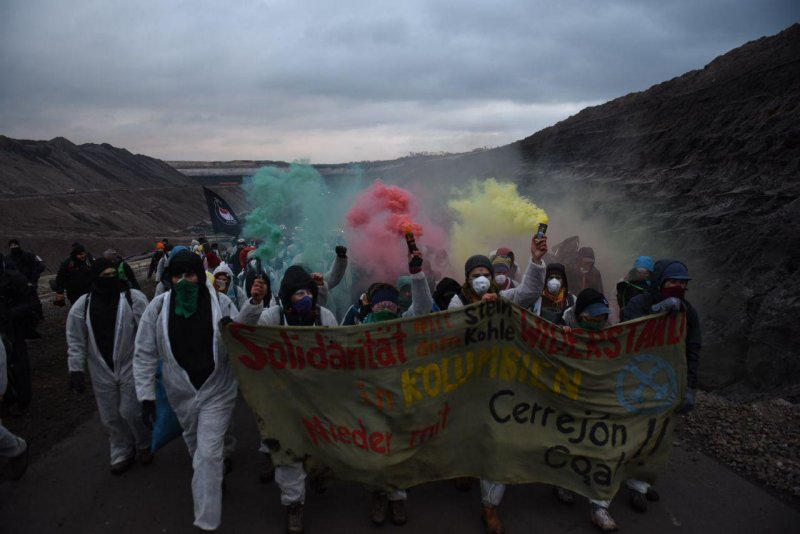 In the beginning of the year in Germany adopted a programme for the complete rejection of the use of brown and hard coal in the energy sector until the end of 2038.

we will Remind, on the eve of the worldwide wave of large-scale protests in climate protection in the framework of the stock For Future Fridays. Demonstrations were held in many countries, including Australia, Japan, India and in European countries, in particular in Germany. The stock joined hundreds of thousands of people who demanded that their governments strong policies to protect the climate.

protest preceded the global climate summit in Madrid, which will be held from 2 to 13 December.

Recommended:
Swiss watchmakers are expecting massive layoffs due COVID-19
Metinvest moved to the cloud 680 of the servers of the two Central data centers
Ukrzaliznytsia has started the selection of candidates for the delivery of electric locomotives
On this topic
German Schaeffler destroyed 8.5 tonnes of fake bearings
Dubai police became one of customers for the new pickups Tesla Cybertruck
Eurofer is proud of its support of the new industrial strategy of European Union
The European investment Bank ceases to Fund projects associated with coal, oil and gas
Болсонару: Украина хочет покупать бразильские военные самолеты
В британском Эссексе нашли грузовик с 39 трупами, подозреваемый в массовом убийстве арестован
Add a comment
Сomments (0)
News Analytics
Transshipment of ore in the port Yuzhny increased for the six months 80%03-07-2020, 11:57
Dneprovskiy metallurgical plant has completed a major repair of sinter machine03-07-2020, 11:07
Celsa Steel получила от правительства Великобритании экстренное финансирование03-07-2020, 09:22
Hyundai predicts a decrease of the car market in Russia by 20-25% in 202002-07-2020, 17:02
On the roads of Ukraine introduced strict control over waybills02-07-2020, 13:12
Steel prices in southern Europe are rising, despite weak demand23-06-2020, 10:54
Analysts expect strong demand growth for steel in China10-06-2020, 11:57
Global steel consumption in 2020 will be reduced by 6.4% - Worldsteel04-06-2020, 13:53
American steelmakers are faced with an unexpected problem associated with the14-05-2020, 09:09
Relying on the incentives, Chinese steelmakers increase production30-04-2020, 10:20
Sign in with: