4 large mining Corporation announced the suspension of production or the slowing of project implementation. 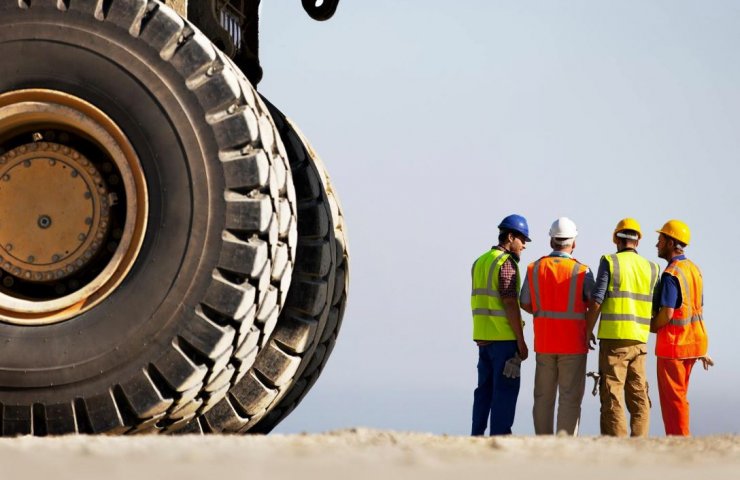 Pandemic COVID-19 dealt a serious blow by the largest mining companies in the world whose capitalization fell significantly. For example, shares of Anglo American from the beginning of the year fell by 40%, Glencore - 41%, Freeport-McMoRan - more than half, according to the Wall Street Journal.

in addition, according to IHS, Markit, dramatically increased the cost of CDS (credit default swaps) of the companies mining sector. So, on Tuesday the cost of CDS Glencore is now $485,989 thousand/year versus $127 million in the beginning of the year. For Anglo American, she grew up to $307,15 thousand from $84 thousand

COVID-19 began to have an impact on production. 4 large mining Corporation announced the suspension of production or the slowing of project implementation.

Anglo American, Newmont Corp. and Freeport-McMoRan Inc. this week announced that it was suspending investment projects or mining in Peru after the country was introduced quarantine.

Brazilian Vale on Monday evening announced to stop production of Nickel in a remote from civilization field in the North-East of Canada for 4 weeks to prevent the spread of the virus among the local residents. The company is also exploring the possibility of stopping coal mining in Mozambique. Rio Tinto and Lundin Mining Corporation. also announced that it will suspend the implementation of new projects.

the Mining companies around the world stop the staff, ask them before sending in camps to limit the contacts to take the test before the trip and preparing insulation boxes on detection of the disease.

"This is the new reality: the mining companies stop production on the backdrop of the spread of coronavirus," - said UBS analyst Mile Alsop.

Antofagasta said that expanding warehouses in case of reduction or complete cessation of shipments of copper. The company also imposed restrictions on access to the Deposit in the Andes, which is located at an altitude of 4 km above sea level.

Kinross Mines in Chukotka work in isolation mode. The company has proactively suspended passenger flights. In addition to air service closed winter road. Excluded contact miners "Dome" and "Double". "This is only part of epidemic prevention measures that were taken. Our main priority is the health and safety of people. About the production plans we will talk later", said "Interfax", the representative of the company.

Recommended:
The European Union imposes border measures in the context of emergency COVID-19
INTERPIPE has allocated $ 2 million for the purchase of tests for coronavirus
Ford will produce 50,000 ventilators in 100 days
On this topic
Peru stops mining because of the pandemic
IHS thus the demand for energy and steel has put pressure on coal prices
Anglo American может обрушить мировой рынок меди
Почему падают акции горнодобывающих компаний
Крупнейшие горнодобывающие компании ищут пути заработка на электромобильном буме
Glencore сообщила о недополучении почти 350 миллионов долларов прибыли в первом полугодии
Add a comment
Сomments (0)
News Analytics
Saudi Arabia called for an emergency meeting of OPEC+ after the call of the02-04-2020, 21:12
Fitch Ratings forecasts a "deep global recession"02-04-2020, 16:33
Ukraine accepted the offer of the Mask on the free ventilators02-04-2020, 16:35
Vale: weak demand for steel will hit the price of ore02-04-2020, 13:58
Belarus buys oil in Russia at $ 4 per barrel02-04-2020, 12:49
Взгляд в будущее: водные ресурсы, смена климата и гидроэнергетика02-04-2020, 12:51
Coronavirus greatly distorted world markets of stainless steel31-03-2020, 15:01
BMW together with Japanese Toyota has created a hydrogen engine with an output31-03-2020, 12:22
Johnson & Johnson will begin testing a vaccine against the coronavirus in30-03-2020, 14:50
The company of Ukrainian businessman plans to deliver on the moon scientific26-03-2020, 11:15