The rapid decline in iron ore production worldwide signals an end to the bloated profits that have led to record revenues and dividends for mining companies. 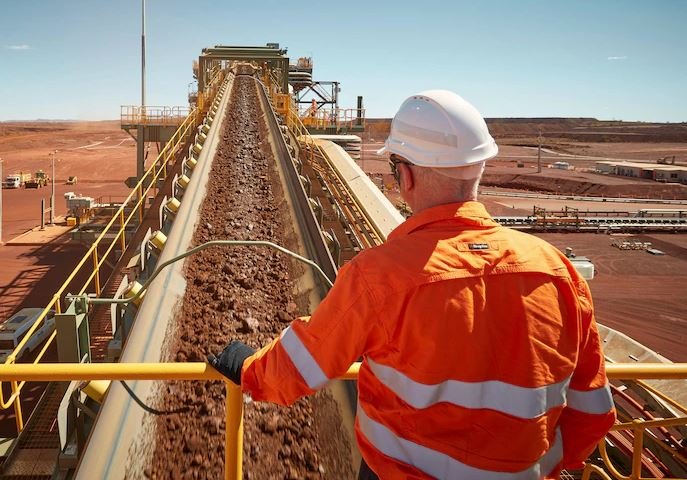 The price of iron ore has dropped about 40% since mid-July due to concerns over demand from China, which produces more than half of the world's steel. In recent months, China has been systematically reducing steel production, producing 86.79 million tons of alloy in July, which is 8.4% less than in July 2020.

Despite the fact that China has begun to severely reduce steel production, there is still an increase in January-July, which contradicts Beijing's plans to reduce the annual output of metal products this year. This means that the decline in production should increase and apparently already happened in August.

The downturn has hit iron ore-producing countries, particularly Australia and Brazil, which have recently embarked on a fragile economic recovery following outbreaks of the most contagious variant of the coronavirus.

According to S&P Global Platts, which publishes daily prices, the benchmark ore price fell to $ 130.20 per ton on Thursday after a one-day fall of 15% to its lowest level since November 2020. The commodity, which hit a record high above $ 233 per tonne in May, rose slightly to $ 139.10 per tonne on Friday.

Other commodities, including oil and copper, are falling amid fears that rising Covid-19 cases could hamper the global recovery. According to Morgan Stanley, iron ore prices have not fallen as quickly since spot prices were set about 13 years ago.

The American edition of The Wall Street Journal said that the current fall in prices came as a surprise to the stock market, which was caught "off guard after spring's run to record highs."

Prices for cargoes of iron ore with an iron content of 63.5% delivered to the Chinese port of Tianjin in the second half of August fell below $ 150 per tonne, the lowest level since December, amid falling demand, rising inventories and limited steel production in China. Iron ore stocks at 45 Chinese ports increased by 260,000 tons to 127 million tons as of the second week of August, according to consultancy Mysteel.

Recommended:
Ukraine lacks 3.5 million tons of coal for the heating season - Ministry of Energy
Ukrainian-American Firefly Aerospace admitted that it itself detonated the launched Alpha rocket
Ukraine in August continued to cut natural gas production
On this topic
China unlikely to cut steel capacity in 2021 due to high steel prices
S&P Global Platts predicts first drop in domestic steel demand in China in 5 years
Platts Steel Trade Review: China Will Decide Asia's Fate
World steel production up 0.6% in August - WorldSteel
Platts: steel Market of China will not be able to recover until the second half of the year
Platts: Real steel demand in China will fall by 36% in the first quarter
Partner news
Сomments
Add a comment
Сomments (0)
News Analytics
DTEK, the first industrial energy storage system in Ukraine, has been certified25-09-2021, 10:00
Russia reduced the export of ferrous metals by 12.7%24-09-2021, 20:05
Kamensky Mayor's Office asked Akhmetov and Novinsky to pay UAH 1.5 billion of24-09-2021, 14:17
Poland's largest coal exporter plans to invest in the steel industry24-09-2021, 12:48
Mechanical engineering of the Donetsk region of Ukraine falls for the second24-09-2021, 11:32
Moody's changes its outlook for the mining and metals industry from "positive"14-09-2021, 18:39
European steel prices decline from summer highs and remain stable high04-09-2021, 10:38
Rise in European steel prices to dizzying levels finally fizzled out - Bloomberg27-08-2021, 13:18
Gold continues to be the most efficient portfolio asset - WGC26-08-2021, 12:38
Falling iron ore prices caught Wall Street by surprise - WSJ23-08-2021, 13:57
Sign in with: