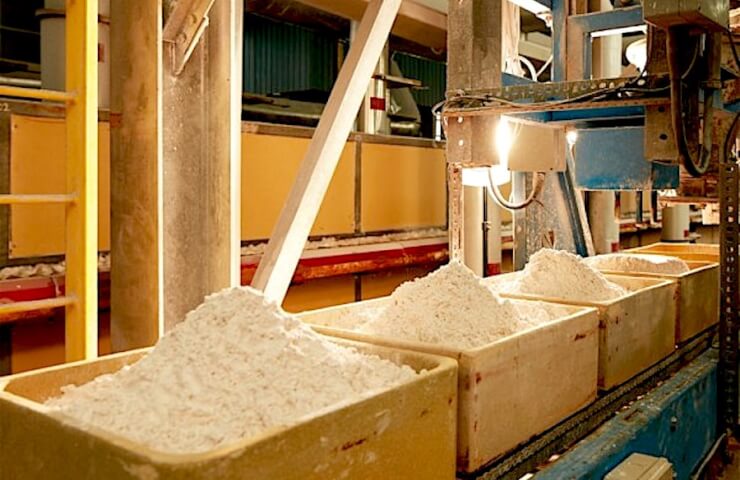 Australian company Lynas Rare Earths announced on Monday that its subsidiary Lynas USA LLC has signed an approximately $120 million follow-up contract with the US Department of Defense to establish a first-of-its-kind commercial heavy rare earth (HRE) separation facility in the US.

The contract allows Lynas to establish an operating area in the United States, including the production of heavy rare earth separation products.

U.S. industry will provide access to domestically produced heavy rare earths that cannot be obtained today and are needed to develop the supply chain for future industries, including electric vehicles, wind turbines and electronics.

Lynas has been working with the Department of Defense on a Phase 1 contract for a heavy rare earth separation facility in the United States, announced in July 2020, and stated that an agreement has now been reached for a full-scale commercial HRE facility.

The raw material for the facility will be a mixed rare earth carbonate sourced from material obtained from the Lynas mine in Mount Weld, Western Australia. Lynas will also work with potential third party suppliers to find other suitable raw materials as they become available.

"The construction of a heavy rare earth separation plant in the US is an important part of our accelerated growth plan, and we hope to not only meet the US government's rare earth needs, but also revitalize the local rare earth market," said Lynas CEO Amanda Lacaze. says the media report.

"This includes work to develop the rare earth supply chain and value-added activities."

"The Department of Defense's decision to fully fund the construction of a heavy rare earth facility demonstrates the priority the US government places on ensuring the sustainability and environmental responsibility of supply chains for these critical materials."

Финансовая аналитика, прогнозы цен на сталь, железную руду, уголь и другие сырьевые товары. More news and analytics on Metallurgprom telegram channel - subscribe to get up-to-date market information and price forecasts faster than others.
Сomments
Add a comment
Сomments (0)
On this topic
US to ban use of Chinese rare earths for defense industry
Panic is brewing in the United States over possible restrictions on Chinese imports of rare earth
China Doubles US Rare Earth Ore Purchases to Highest Level in History
China will introduce quotas for the supply of metals to the United States
In the USA, metals are mined from used "Winchesters"
Apple on track to build devices from renewable raw materials
Recommended:
Novokramatorsky Mashzavod announced the start of the procedure for the "compulsory alienation" of property
According to the results of 2022, the Russian car market expects a decrease in sales at the level of 28%
Serbian steel plant shuts down blast furnace due to high gas prices
News Analytics
China reduced steel exports in July by one million tons or 12%08-08-2022, 17:41
World steel prices have moved from a protracted fall to growth08-08-2022, 16:27
Ferrexpo's net profit in the first half of the year decreased by 88%03-08-2022, 10:20
Ukrainian gas transportation system allowed to pump biomethane03-08-2022, 10:18
The strategy for the development of Russian metallurgy will be "quickly02-08-2022, 14:02
The US market may begin a collapse in prices for thick sheet14-07-2022, 09:39
High iron ore shortage could halt metallurgy's green transition28-06-2022, 14:02
Price volatility hits global steel market27-06-2022, 19:28
Recovery in China could be key to rising global steel prices - MEPS24-06-2022, 14:00
Conflict in Ukraine spurs Europe's drive for clean energy03-06-2022, 12:14
Sign in with: