17 rare earth metals are critical to the production of all high-tech equipment, from aircraft to satellites. And the United States is 80 percent dependent on Chinese imports. 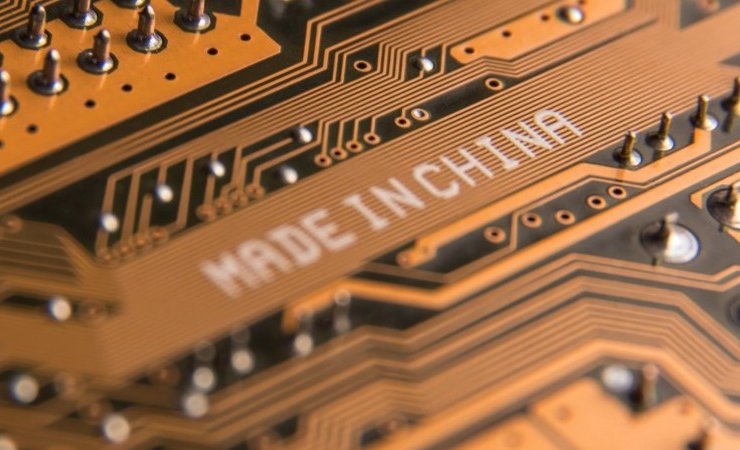 All talk about China's influence on rare earth minerals is starting to resemble 2010: Beijing's threats to turn it into a monopoly supplier of these 17 metals and signs of global panic over potential shortages.

"Many metal consumers said at the time that we needed sources outside of China because we need to get rid of Chinese control and this problem," said John Blumenthal, president and CEO of metal producer Blue Line Corp. “And here they are - we, after nine years. And we are no better. ”

10 years ago, Beijing's target was not the United States, but Japan. Caught up in a political squabble over the disputed islands in the East China Sea, China responded by cutting off rare earth exports, leading to soaring prices. Japan has pledged to become more independent by offering development loans to Australian mining giant Lynas Corporation as it built its supply chains outside of China.

This collaboration has reduced China's global market share by 10 percent.

But their American counterparts have done little to shift the focus, and today 80 percent of the supply of rare earths to the United States is imported from China.

Concerns over rare earth metal shortages have prompted Molycorp Inc. open America's only rare earth mine in Mountain Pass, California in 2010. In the same year, the company was listed on the New York Stock Exchange at $ 14 per share. But the collapse in prices and poor investment decisions ultimately led to the decline, and Molycorp Inc. filed for bankruptcy five years later.

“It is very difficult to look at this as a global economy when you have one country that is trying to take care of its environment and its workers, and another country that prioritizes the development of its economy,” says Blumenthal. /p>

Trade tensions between the US and China have heightened the need to increase production of rare earths domestically. MP Materials already mines 50,000 tons of rare earth concentrate each year, but China still processes these metals, subjecting them to a 25 percent tariff imposed by Beijing as a result of the trade war.

Blumenthal Blue Line Corp signed a memorandum of understanding with Lynas Corporation this week to build a rare earths recycling plant in the US, but the construction will take years. Any expansion will be costly, and any new mine will cost at least a billion dollars and take 10 years to develop.

In December 2017, President Trump signed an executive order to begin the process of reducing US dependence on China for critical materials, directing agencies to find new sources of production and simplify the permitting and leasing process.

But the declaration has not yet led to any concrete action by the White House or Congress.

In a sign of growing concern over China's influence on the sector, a Pentagon spokesman said this week that the Department of Defense has submitted a rare earth report to Congress in search of federal funds to increase onshore mining.

Recommended:
Mercedes-Benz maker Daimler expects global chip shortage to continue in 2022
World steel production up nearly 12% in June - Worldsteel
For the third time in 30 days, security officials came to search the Sukha Balka mine of Alexander Yaroslavsky
On this topic
What do steel, cement and livestock have in common?
Apple on track to build devices from renewable raw materials
In the USA, metals are mined from used "Winchesters"
How long will the ceasefire in the trade war between China and the United States last?
China will introduce quotas for the supply of metals to the United States
Steel Musel is crucial in the production of champagne
Partner news
Сomments
Add a comment
Сomments (0)
News Analytics
Ukroboronprom confirmed the intentions of Antonov State Enterprise to start25-07-2021, 11:15
Gazprom reacted to the refusal of Naftogaz of Ukraine to buy Russian gas with25-07-2021, 11:00
Iron ore has become a strategically important raw material for defense -24-07-2021, 11:06
Vietnam overtook Ukraine in the world ranking of steel-producing states24-07-2021, 11:38
Port "Yuzhny" has set a record for the speed of loading pig iron on a ship24-07-2021, 10:10
On the regional markets of metallurgical products, prices are balancing in a22-07-2021, 16:22
Demand for armaments will ensure a stable growth of armored steel sales by 4%20-07-2021, 10:10
Protectionist Measures Support European Steel Prices Despite Summer Lull19-07-2021, 11:02
Positive price growth is observed in the markets for metallurgical products16-07-2021, 14:12
European steel market is in confusion: price growth has slowed down, but no one21-06-2021, 17:40