Government stimulus to China's auto industry has been the main driver for the growth in demand for rare earth metals. 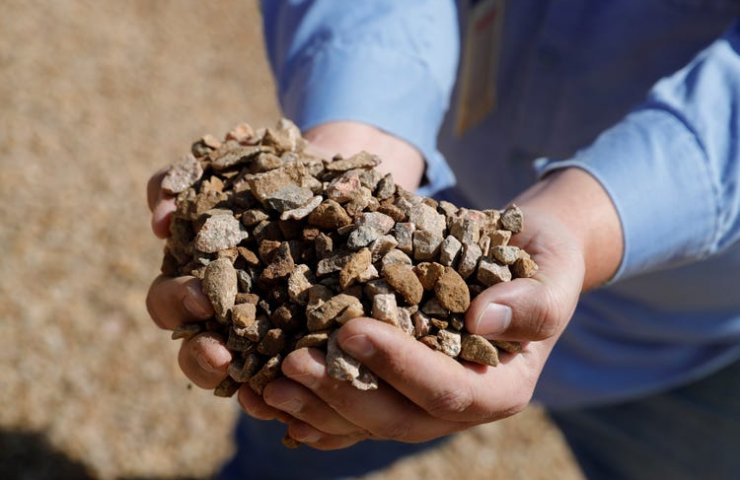 The surge was mainly due to increased demand for rare earth magnets from China's recovering auto industry, supported by government stimulus packages for domestic economic development.

Almost all imports of rare earth metal ores were bought out by the Chinese rare earth separation producer Shenghe Resources. The company resumed production at its separation plant in Leshan at the end of October after it was closed in mid-August due to flooding.

The only rare earth mine in the United States in Mountain Pass, California, has closed twice - in 2002 and 2015 - due to inefficiencies caused by low prices in the Chinese market. It was then acquired by an American consortium funded by the Chinese Shenghe Resources Holding. The enterprise resumed production in 2018 and ships all of the mined ore to China for processing and beneficiation.

Recommended:
April steel production of "Zaporizhstal" increased in annual comparison by almost 50%
Ukrzaliznytsia reached an agreement with suppliers on the shipment of diesel fuel
Ukrainian pipe manufacturer Centravis invests more than UAH 140 million in eco-modernization
On this topic
Iron ore prices to surpass six-year high soon
In the USA, metals are mined from used "Winchesters"
China's economic growth slows down due to trade war with the United States
The price bubble in the ore market will soon deflate quickly
American swing: why are US Steel shares falling?
Panic is brewing in the United States over possible restrictions on Chinese imports of rare earth
Add a comment
Сomments (0)
News Analytics
China's Non-Ferrous Metals Sector Records High First Quarter Profits08-05-2021, 15:43
Copper price rises to a record high08-05-2021, 10:17
Dneprotyazhmash manufactures technological equipment for DMK07-05-2021, 10:07
The National Bank of Ukraine will sell 46 tons of scrap metal from obsolete07-05-2021, 10:10
Dnieper Metallurgical Plant DCH Steel in April reduced steel production by 2.8%07-05-2021, 09:18
The current state of the market is ideal for the sale of rolled steel - IREPAS04-05-2021, 18:41
Global hydrogen demand to grow 7-fold by 2070 - PwC21-04-2021, 12:31
World Steel Association predicts a good year for metallurgists15-04-2021, 18:19
World Steel Association defines green steel and its variations12-04-2021, 13:14
China unlikely to cut steel capacity in 2021 due to high steel prices07-04-2021, 12:11
Sign in with: