January 1, Chicagoans lined up many kilometers of queue for legalized marijuana

After Wednesday enacted a law allowing the sale and use of marijuana in Illinois on the first day of the New year, many people took to the cold and defended "a shockingly long" queue for a dose of the drug legalized. 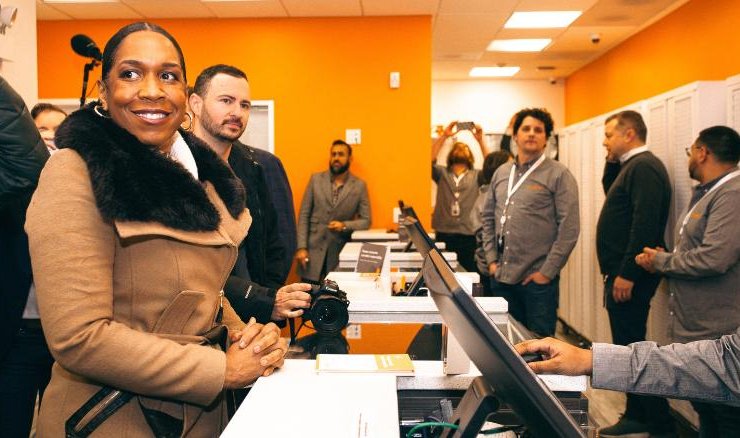 Despite the cold and snow hundreds of Illinois residents - including the Deputy Governor of the state of Julian Stratton lined up in a huge queue to be the first to buy marijuana after its legalization. The morning of January 1 in Cannesisa clinic, started selling drugs, legalized in June the state Governor, George. B. Pritzker.

Twitter User cal Marek filmed shocking for its size it is the turn of residents in a suburb of Chicago, lined up early in the morning for the drug.

Anyone 21 and over can now buy and possess recreational marijuana in Illinois. Some residents wasted little time lining up. “I couldn't believe that many people came out so early,” Cal said Marek, who captured video outside a dispensary in suburban Chicago https://t.co/fUV3vc1Hu8 pic.twitter.com/cpKXNG0Y2h

"I couldn't believe that a lot of people came out so early," said Marek CNN. "I thought that people will still be competing with a hangover in bed."

the Bill also includes major reforms of criminal justice designed to help those who were in prison on charges of sale and use of drugs.

Illinois became the 11th US state to legalize the use and sale of marijuana.

Recommended:
A man died at a mine in Kuzbass when a rock collapsed
Director of the Norilsk Concentration Plant detained in connection with the death of workers
ArcelorMittal Kryvyi Rih insists on a transparent mechanism for resolving tax disputes out of court
On this topic
Mother Elon musk helped his son to sell the Tesla in the new year's eve
Pre-order the new Tesla pickup Cybertruck made about 146 000 customers – Elon Musk
Los Angeles Times: a Perfect storm in the American market of steel
Amazon's black streak: the 10 billion Pentagon contract goes to Microsoft
USA records record steel production
Senate Majority Leader Suspected of Helping Deripaska
Add a comment
Сomments (0)
News Analytics
Bosch launches automotive chip plant in Dresden08-03-2021, 13:45
Eurozone investor morale at its highest rise in 12 months08-03-2021, 12:30
Port on the coast of Pilbara in Australia stops shipments of iron ore due to08-03-2021, 11:14
Coronavirus drove Belgian skiers to the slopes of the Charleroi waste heap07-03-2021, 13:52
US Steel focuses on the production of nanosteel for high-strength alloys07-03-2021, 13:46
Spread between raw materials and high strength alloy steel in Europe increased01-03-2021, 20:21
Increase in prices is forecasted in the markets of steel raw materials -26-02-2021, 09:25
Troy ounce of gold will drop $ 500 in two years - Fitch25-02-2021, 18:29
Global iron ore production growth to outstrip cumulative production in India23-02-2021, 10:22
Fitch Ratings Warns of “Shocking Impact” on Fossil Fuel Exporters18-02-2021, 14:44
Sign in with: