the US President has supported Elon musk, who resumed production at the plant Tesla in California against the will of the local authorities. 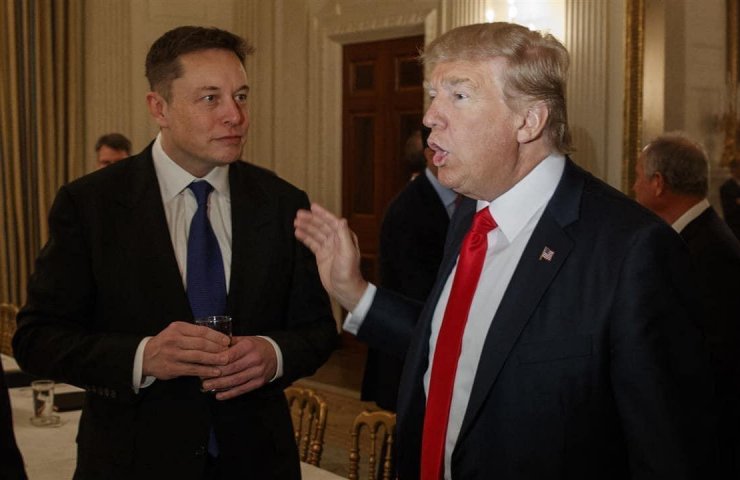 President of the United States Donald trump has demanded from the authorities of the state of California immediately to allow the work of the only U.S. automotive plant of Tesla. The head of the White house wrote on Twitter.

California should let Tesla & @elonmusk open the plant, NOW. It can be done Fast & Safely!

"California must allow Tesla and Elon musk to open a factory now. This can be done quickly and safely," said the us President.

tweet This trump published a few hours after Elon Musk soobshil on the resumption of operation of the plant contrary to the prohibition of the authorities of Alameda County, where the plant is located. Musk has promised to be in constant communication with employees in case someone is arrested.

Earlier in support of Elon musk made by the Secretary of the Treasury Steven Mnuchin, who said that the government should allow California to open the local economy.

on Saturday, the company filed a Federal lawsuit against the County, to extend the quarantine until the end of may. Musk has threatened to move production of the Tesla from California to other States.

Recommended:
Novokramatorsk Machine Building Plant fulfills an order for the Romanian plant of Liberty Steel
DTEK Oil & Gas increased gas production by 10% in the first half of the year
Liberty Steel said it is ready to pay off debts to creditors after restructuring
On this topic
Elon Musk asks that arrested him only after the resumption of production in California
Elon Musk sells all his possessions in order to "devote himself to Mars"
United States Steel Corporation pays a symbolic dividend of 1 cent per 1 share
President trump repeated his last year's message on Twitter about Iran
Mother Elon musk helped his son to sell the Tesla in the new year's eve
Trump punishes Turkey for attack on Syria with 50% steel duties
Partner news
Сomments
Add a comment
Сomments (0)
News Analytics
Azerbaijan's SOCAR plans to invest in the extraction of battery metals in26-07-2021, 22:00
The first domestic industrial energy storage system was developed and launched26-07-2021, 22:11
The profitability of purchases of scrap metal in Ukraine has decreased, but is26-07-2021, 17:27
Metinvest is ready to pay more than 9 billion hryvnia for the Dnieper steel26-07-2021, 13:01
Cherkassk Azot by Dmitry Firtash completed the modernization of the ammonia26-07-2021, 13:45
On the regional markets of metallurgical products, prices are balancing in a22-07-2021, 16:22
Demand for armaments will ensure a stable growth of armored steel sales by 4%20-07-2021, 10:10
Protectionist Measures Support European Steel Prices Despite Summer Lull19-07-2021, 11:02
Positive price growth is observed in the markets for metallurgical products16-07-2021, 14:12
European steel market is in confusion: price growth has slowed down, but no one21-06-2021, 17:40