American steel companies are cutting production and staff in response to quarantine measures to their strategic clients. 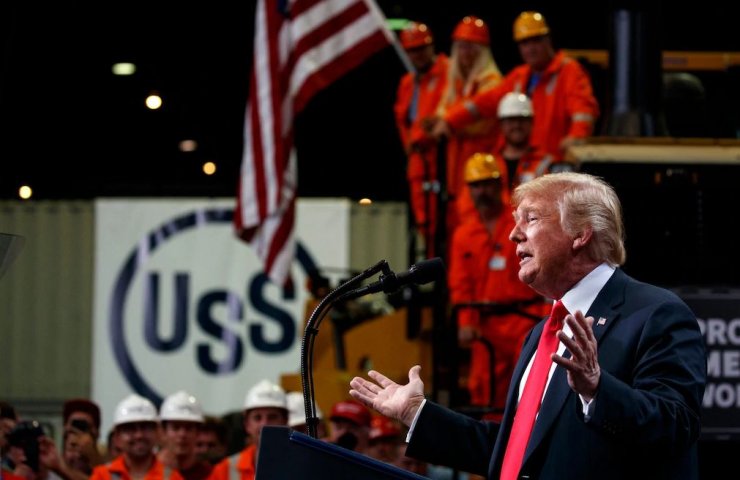 Steel industry the U.S. is experiencing the largest drop since the financial crisis of 2008. U.S. Steel, ArcelorMittal and other major steel producers cut output of the metal and laid off employees in anticipation of a further decline in orders and falling prices, writes on Monday, The Wall Street Journal.

According to the American iron and steel Institute (American Iron and Steel Institute, AISI), power steel mills in the U.S. currently loaded by 56%, which is 80% below the level of download in 2019. However, over the last three weeks, the steel production in the country fell by a third. Prices for hot-rolled steel in the physical market for the month fell by 18%, to $ 485 per ton, a drop compared to July 2018, when was recorded the highest value, fell by about 50%.

Analysts and top managers of major steel companies predict a further drop in production volumes despite the gradual resumption of industrial enterprises. According to estimates by Credit Suisse, before, will start to receive new orders from consumers, distributors will have to sell off all the steel from warehouses. According to forecasts by Credit Suisse, the second quarter demand will be reduced by half compared to the same period of 2019.

rising unemployment will have a negative impact, particularly on demand for cars and real estate, which in turn will hinder the recovery of demand for steel and steel products. Month work stoppage of the automotive industry in the United States will cost the steel industry at least a billion dollars of their earnings, believe in Metal Strategies.

the Fall in oil prices and reduced drilling also has negative effect on sales of the steel companies. For example, US Steel in March, closed factories for the production of tubular products in Texas and Ohio, thereby reducing the production of pipes by more than 60%.

Nucor and Big River said the Wall Street Journal that have not yet changed their plans. Australian BlueScope Steel earlier this month announced that it was postponing the expansion of production facilities in Ohio.