Virgin Galactic reveals the interiors of the new space plane

The VSS Unity spacecraft has six aluminum and carbon fiber passenger seats that can change their position and angle depending on the stage of the trip. 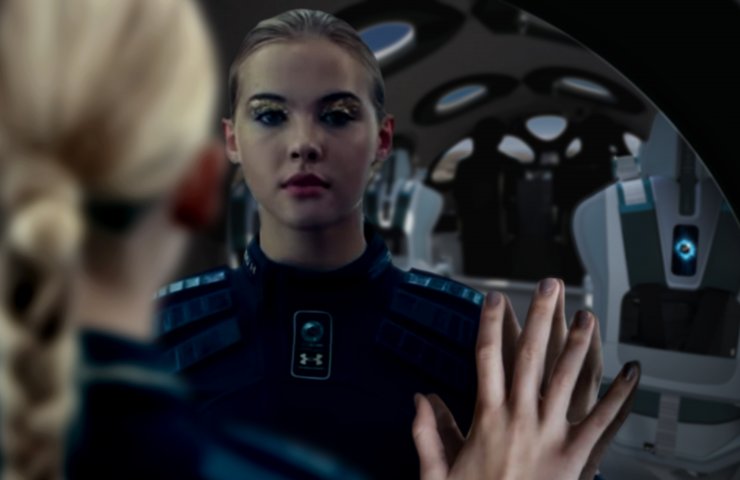 US-based Virgin Galactic by billionaire Richard Branson showed off the interior of its base space plane on Tuesday, featuring a cockpit with new custom seats and a "space mirror" on a virtual tour of what passengers on the first flights to the edge of space can expect.

Providing safety without distraction, quietly absorbing periods of sensory intensity, and giving each astronaut the level of intimacy needed for personal discovery and transformation. Take a look at the interior design of our spaceship's cockpit. https://t.co/mHy1c3JWUB pic.twitter.com/CQfDjTCZg3

For $ 250,000 per ticket, passengers who sign up for a suborbital flight aboard a VSS Unity aircraft will buckle into six custom-designed turquoise-colored seats and admire the views of our planet from 12 circular portholes as they rise 100 kilometers above Earth. In addition, the spacecraft has five observation windows on the nose.

“We have amazing chairs that will be tailored to each person and that move during flight to maximize people's comfort,” Virgin Galactic Chief Space Officer George Whitesides told Reuters.

The inner surface of the cockpit, as well as the window frames are covered with soft materials.

The spacecraft is designed to carry astronauts, but can also receive payloads or a combination of both. This capability provides the scientific community with access to high quality microgravity, as well as normally inaccessible regions of the upper atmosphere.

According to Whiteside, more than 400 people have shown interest in space flight. The company has not set an exact date for its first commercial space flight, but its British founder Branson is expected to be on board.

The cockpit, which features a virtual reality headset that the company provided reporters, also features a large circular mirror in the back, “allowing our customers to see themselves in space in a way they've never seen before,” Whitesides said.

The aircraft, attached to a larger carrier aircraft, is designed to take off from the company's New Mexico spaceport and air separation to fly above conventional airliners to the edge of space in a flight lasting 90 minutes.

Virgin Galactic planned to conduct the first commercial space flight by mid-2020. In May, she conducted flight tests: the plane dropped VSS Unity at an altitude of about 15 thousand meters, then the spacecraft ascended into suborbital space and glided to Earth - for the first time during the tests.

In February 2019, the company conducted its first suborbital flight with a passenger on board. In August 2019, she showed off the spaceport interiors for the launch of commercial flights, and in October - equipment for space tourists from the Under Armor brand.

Recommended:
Due to the accident at Norilsk Nickel, the palladium deficit in the world market will triple
Chip shortages at their peak: automakers stop their conveyors
The EU supervisor will decide by July 9 to sell the assets of Liberty Steel France to ArcelorMittal
On this topic
Strategy of defense in space
Virgin Galactic has signed an agreement with NASA on the delivery of the ISS commercial passengers
Elon Musk has decided to change the grade of steel for plating spaceship Starship
President trump repeated his last year's message on Twitter about Iran
Mother Elon musk helped his son to sell the Tesla in the new year's eve
US Steel will reduce greenhouse gas emissions by 20%
Add a comment
Сomments (0)
News Analytics
Metinvest's Italian contractors reveal details of the investment project in16-06-2021, 23:01
Energoatom approved Electrotyazhmash as a supplier of turbine generators for16-06-2021, 14:57
Representatives of Ukraine and Germany discussed the prospects for cooperation16-06-2021, 10:49
Vestas and DTEK RES signed an agreement for the supply of wind turbines for the16-06-2021, 10:45
SSAB agrees with Volvo to supply and refine HYBRIT decarbonized steel16-06-2021, 10:40
Vaccinations fuel demand for platinum - World Platinum Investment Council08-06-2021, 12:55
Sharp price growth continues in the rolled metal market - Ukrpromvneshexpertiza08-06-2021, 11:04
Analysts note overheating of the global scrap metal market01-06-2021, 13:28
Hydrogen-fueled steelmaking could be competitive after 2050 - McKinsey19-05-2021, 14:22
Steel raw material prices are skyrocketing across the board18-05-2021, 12:34
Sign in with: