2021 will be the year of rapid development of private astronautics

This year, for the first time, astronauts were brought into orbit in a private spacecraft. A real breakthrough in private astronautics is expected in 2021. 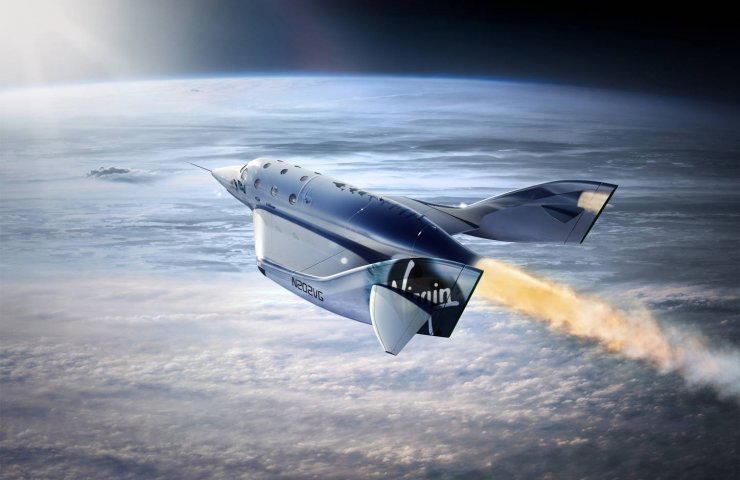 Despite the pandemic, 2020 has been a landmark year for the commercial space industry. SpaceX was the first company to send people into space aboard a private spacecraft. The US government continued to work closely with startups and space businesses to reopen human flights to the moon. Having received government support, which declared them "critical enterprises" in the context of the pandemic, a group of young space companies continued to work on the creation of new rockets or satellite services.

But 2021 is expected to be even bigger for the growing industry as leaders in the US space industry like SpaceX continue to develop futuristic technologies - from rockets to Mars to space-based Internet services and extraterrestrial tourism. </p >

This is what the private sector is planning in space for next year.

Commercial delivery of astronauts to the ISS

SpaceX made history when its Crew Dragon spacecraft proved it could carry NASA astronauts to the International Space Station when the company sent humans into space for the first time in 18 years since its founding. It also marks the culmination of a decade-long partnership with NASA aimed at bringing back manned space flight capabilities to the United States.

SpaceX is expected to make these trips routine. It has been announced that another group of astronauts will fly aboard Crew Dragon in spring 2021, and the next Crew Dragon will deliver astronauts to the ISS in the fall.

The US space agency has announced that it will now be able to fully staff the International Space Station, which will significantly increase the amount of research that American astronauts can conduct aboard the ISS.

Next year, Boeing may add another device to the United States' arsenal of spacecraft capable of safely transporting humans. The company plans to conduct the first manned flight of its Starliner spacecraft, which is being developed under the same NASA program as SpaceX's Crew Dragon.

Boeing's Starliner, which is similar to SpaceX's Crew Dragon, will first need to re-run the failed flight tests that the company attempted a year ago. Boeing says it is targeting March 29 for a second attempt, and - if all goes well - the first crewed Starliner launch could begin in a few months.

Boeing and SpaceX's spacecraft are privately held under the terms of a development agreement they signed with NASA, which means both companies will be able to sell seats aboard their spacecraft to anyone who can afford a price tag of around 50 million dollars per seat.

SpaceX has already signed an agreement with Axiom, a startup founded by former NASA administrator Michael Suffredini, to bring a group of "private astronauts" to the ISS aboard Crew Dragon in the second half of 2021.

Axiom has confirmed the two crew members who will be on this flight: Michael Lopez-Alegria, a former NASA astronaut and veteran of three space shuttle missions who will fly as a private individual, and Eitan Stibbe, a former Israeli fighter pilot and wealthy man. who reportedly finances his trip himself.

Suborbital flights for everyone

Virgin Galactic, which went public as a result of a reverse merger in 2019, has moved to its luxurious new spaceport in New Mexico and is gearing up to open a business as early as next year. Branson plans to be one of the first passengers aboard a supersonic space plane that the company has assembled and tested over the past two decades. This ship's recent test flight was interrupted due to engine malfunction, but Virgin Galactic still hopes to complete its final tests within the next few months.

Blue Origin, which has developed a fully autonomous rocket and capsule that takes off vertically from a launch pad, may also begin work next year. The company has tested its technology 13 times at a remote site in West Texas and has demonstrated large windows and a spacious spacecraft cabin over the years. However, she has not yet announced the price of the tickets, nor the time of their sale.

Virgin Galactic, on the other hand, has sold over 600 tickets at prices ranging from $ 200,000 to $ 250,000. The company plans to resume ticket sales soon, although executives warned that prices would rise.

Финансовая аналитика, прогнозы цен на сталь, железную руду, уголь и другие сырьевые товары. More news and analytics on Metallurgprom telegram channel - subscribe to get up-to-date market information and price forecasts faster than others.
Сomments
Add a comment
Сomments (0)
On this topic
Virgin Galactic has signed an agreement with NASA on the delivery of the ISS commercial passengers
SpaceX signs an agreement to send tourists to the International Space Station
Yuzhmash told whether it is possible to launch reusable rockets from the Black Sea
NASA, Boeing, Bezos and Musk are heavily influenced by US election results
Strategy of defense in space
Aerospace company of Ukrainian businessman Max Polyakov opens a new business
Recommended:
Eurofer expects EU steel demand to fall 4.6% in 2022 and 1.6% in 2023
Taiwan bans stainless steel exports to Russia and Belarus
Europe's passenger car market records its worst year since the turn of the century
News Analytics
Eurofer expects EU steel demand to fall 4.6% in 2022 and 1.6% in 202305-02-2023, 13:31
EU Green Deal should encourage investment in mild steel projects: Eurofer02-02-2023, 16:32
Belarusian steel plant to operate at full capacity from February02-02-2023, 16:56
British Steel considers cutting up to 1,200 jobs at Scunthorpe02-02-2023, 11:50
Electric vehicles will play a key role in US aluminum production growth - Norsk01-02-2023, 12:17
European stainless steel producers ready to raise prices31-01-2023, 16:16
S&P: Russia will continue to dominate the steel export market in the Black05-01-2023, 11:22
Fitch Analysts Predict Big Drop in Global Steel Consumption This Year14-12-2022, 13:59
Analysts predict 5% annual growth in the iron casting market through 203006-12-2022, 12:44
Commodity prices will fall, metals quotes will rise slightly - Focus Economics28-11-2022, 13:28
Sign in with: