In addition, the company intends to provide commercially viable cobalt-free versions of batteries for electric vehicles. 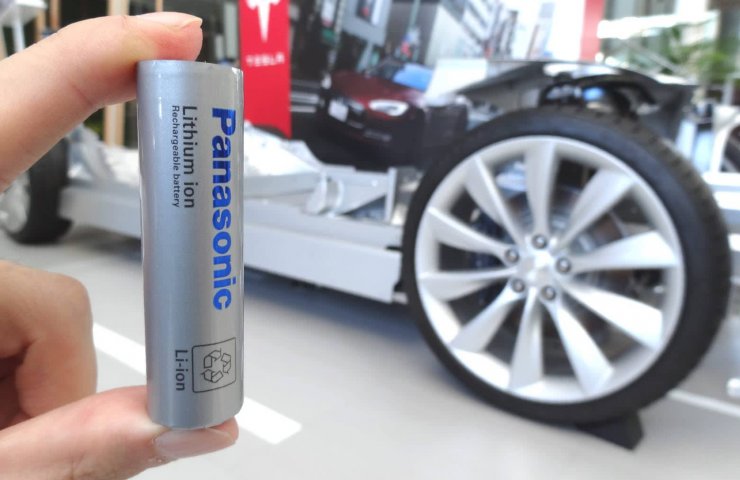 Panasonic plans to increase the specific energy density of its 2170 batteries, which it supplies to American carmaker Tesla Inc, by 20% in five years and commercialize a cobalt-free version of batteries, the head of the US battery business unit told Reuters. Yasuaki Takamoto.

Panasonic introduced "2170" lithium-ion cells with Nickel-Cobalt-Aluminum (NCA) cathode chemistry for the Tesla Model 3 in 2017. Researchers say it already has the highest energy density at over 700 Wh per liter.

With even higher densities, these elements can help extend the runtime of a car's electric motor on a single charge, as well as pave the way for smaller batteries and more spacious EVs.

A cobalt-free version, on the other hand, would reduce dependence on the expensive metal, which makes batteries stable, but poses ethical concerns given the inhuman working conditions at the leading manufacturer in the Democratic Republic of Congo.

Tesla CEO Elon Musk has long stated that he wants to switch to cobalt-zero batteries.

According to Takamoto, the average cell density of LFP batteries is less than half that of the latest Panasonic NCA batteries. He emphasized that Panasonic has already developed technologies, as a result of which the specific charge density of the 2170 cells has increased by more than 5%.

From September, the company will begin converting lines at its Nevada plant where it works with Tesla and is preparing to further increase the cell's energy density, Takamoto said.

To control the safety risks associated with higher density and lower cobalt content, Panasonic is adjusting the composition and design for better heat resistance, he said.

Elon Musk promised to demonstrate significant success in battery performance during the presentation of "Battery Day", scheduled for September 22. Tesla reportedly plans to unveil an electric vehicle battery that will deliver one million miles on a single charge this year or early next.

Recommended:
Stock prices for gold are preparing to overcome the mark of $ 1900 per ounce
On June 3, Tesla will start selling an electric car that can accelerate to 100 km /h in less than 2 seconds.
6 people trapped in a coal mine accident in eastern China
On this topic
Tesla patented the electrode for batteries of the electric vehicle designed for a million miles
Tesla shares soared by 20% increased by 300% since June 2019
BMW has patented an innovative new technology for recharging electric motorcycles
Elon Musk introduced Tesla electric pickup Cybertruck at a price of 40 thousand dollars
Neometals promotes battery recycling strategy
U.S. boosts lithium imports for electric vehicle batteries
Add a comment
Сomments (0)
News Analytics
Metinvest's Italian contractors reveal details of the investment project in16-06-2021, 23:01
Energoatom approved Electrotyazhmash as a supplier of turbine generators for16-06-2021, 14:57
Representatives of Ukraine and Germany discussed the prospects for cooperation16-06-2021, 10:49
Vestas and DTEK RES signed an agreement for the supply of wind turbines for the16-06-2021, 10:45
SSAB agrees with Volvo to supply and refine HYBRIT decarbonized steel16-06-2021, 10:40
Vaccinations fuel demand for platinum - World Platinum Investment Council08-06-2021, 12:55
Sharp price growth continues in the rolled metal market - Ukrpromvneshexpertiza08-06-2021, 11:04
Analysts note overheating of the global scrap metal market01-06-2021, 13:28
Hydrogen-fueled steelmaking could be competitive after 2050 - McKinsey19-05-2021, 14:22
Steel raw material prices are skyrocketing across the board18-05-2021, 12:34
Sign in with: