US Hot Rolled Coil Prices Gain $ 20 Over the Week

At the same time, the delivery time of rolls to order increased from 8 to 9 weeks, which indicates a further increase in the deficit. 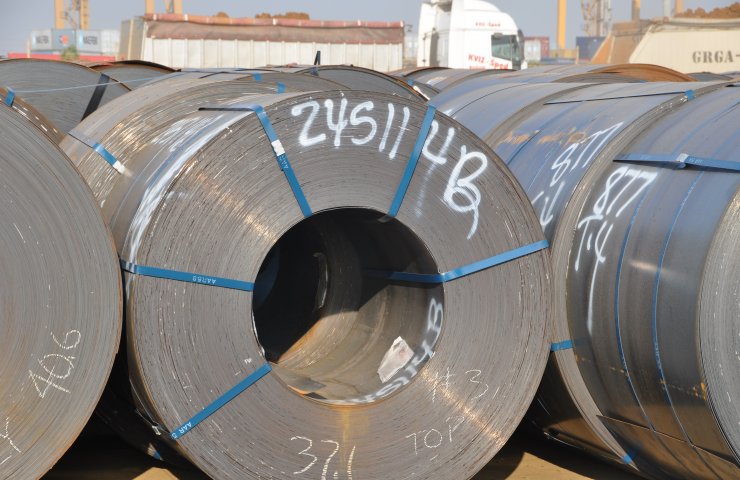 Argus' US Weekly Domestic Hot Rolled Coil Price Index (HRC) is up $ 20 to $ 755 per tonne this week, while on-order lead times have increased to 8-9 weeks from 7-8 weeks. According to analysts, today's spot price is the highest since March 2019.

Steel company Nucor has put on the market its proposals with prices in the amount of $ 840 per ton in January, but market participants are not sure that they will be able to sell anything at that price.

Steel company ArcelorMittal is reportedly plagued by production problems at its Burns Harbor plant in Indiana due to the Covid-19 outbreak at the facility, while a local union at its Cleveland plant has also confirmed it is dealing with outbreak of a pandemic. The company does not comment on whether steel production is being cut due to these problems.

The Cold Rolled Coil (CRC) rating for the US domestic market rose $ 3.75 to $ 910 per tonne, while the hot dip galvanized coil (HDG) rating rose $ 5 to $ 915 per tonne. The lead times for CRC and HDG applications remained unchanged at 12 weeks.

Recommended:
In China, sales of construction metal products fell sharply
A plot with copper deposits in the Volyn region of Ukraine has risen in price at auction 483 times
Spread between raw materials and high strength alloy steel in Europe increased in price
On this topic
The largest steel producer in the United States will continue to pay dividends
Prices for hot-rolled steel in the U.S. fell amid lower demand
Los Angeles Times: a Perfect storm in the American market of steel
Protectionism fails to balance the steel market
American companies raised prices for the second time in a month
Chinese flat products manufacturers face oversupply
Add a comment
Сomments (0)
News Analytics
Coronavirus drove Belgian skiers to the slopes of the Charleroi waste heap07-03-2021, 13:52
US Steel focuses on the production of nanosteel for high-strength alloys07-03-2021, 13:46
Poland could lead the race in hydrogen steel technology07-03-2021, 11:29
US Senate Adopts $ 1.9 Trillion Stimulus Package06-03-2021, 23:54
Tibet invests about $ 30 billion in infrastructure projects in 5 years06-03-2021, 14:39
Spread between raw materials and high strength alloy steel in Europe increased01-03-2021, 20:21
Increase in prices is forecasted in the markets of steel raw materials -26-02-2021, 09:25
Troy ounce of gold will drop $ 500 in two years - Fitch25-02-2021, 18:29
Global iron ore production growth to outstrip cumulative production in India23-02-2021, 10:22
Fitch Ratings Warns of “Shocking Impact” on Fossil Fuel Exporters18-02-2021, 14:44
Sign in with: