US Steel will resume funding for strategic projects in 2021 amid growing demand for steel in the United States. 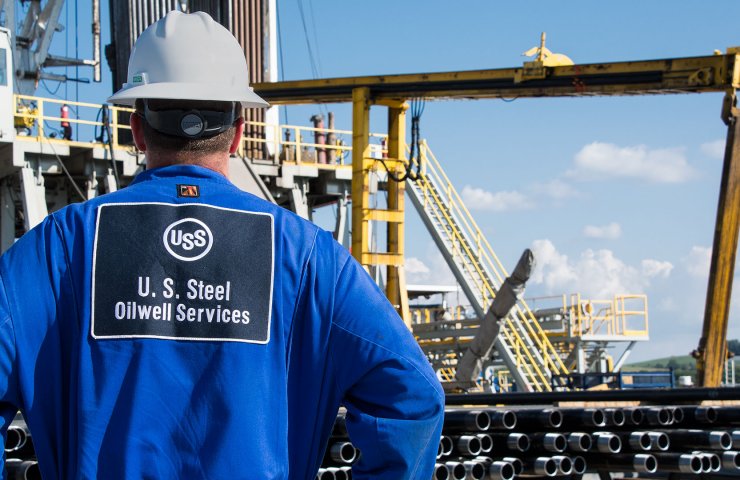 US Steel, the oldest steel company in the United States, expects to resume spending on strategic projects in 2021 after a suspension of operations earlier this year due to the coronavirus pandemic, top managers said on October 30.

Hot rolled coil lead times have also increased to an average of 8.6 weeks as of October 28, according to S&P Global Platts.

“These industry statistics, along with our current order book and customer relationships, give us confidence that today's customer activity should continue into the next year,” Burritt said, noting that current capacity utilization flat products are probably closer to 80%, as they exceed long bars.

Given an improved demand scenario, US Steel is considering resuming Keetac iron ore production in Minnesota after a plant shutdown in April, Berritt said.

According to US Steel CFO Christie Breves, US Steel plans to invest approximately $ 80 million in upgrading the hot strip mill at its Gary Works facility due to planned shutdowns at its Indiana facility next year.

At its Mont Valley plant near Pittsburgh, US Steel plans to resume procurement of continuous casting and rolling equipment, with plans to spend about $ 150 million on the project next year, Breves said.

US Steel first announced plans to spend more than $ 1 billion to modernize its Mont Valley plants by building a new endless casting and rolling mill at Edgar Thomson's Braddock, PA, in May 2019. The company is currently in the process of obtaining permits for the project.

After spending $ 150 million on continuous casting and rolling equipment next year, spending between $ 1 billion and $ 1.2 billion will remain, according to Kevin Lewis, vice president of investor relations. The decision to build the facility will be made by the company based on market conditions, cash flow generation and liquidity, but the current focus is on equipment procurement, executives said.

"The keyword in all of this is actually optional, so we can decide to put it in the Mon Valley, we can decide to place it somewhere else, we have a lot of flexibility to decide where it goes when we'll pull the trigger on all of these things, ”Berritt said.

According to the company, US Steel's liquidity was $ 2.86 billion, including $ 1.7 billion at the end of the third quarter.

Recommended:
Ukraine expects difficult negotiations on trade in metal products as part of the renewal of the agreement with the EU and the "green " course - Stefanishina
Thyssenkrupp will lay off 11,000 people to stop losses rising to 1.6 billion euros
Goldman Sachs changes its GDP growth forecast for the EU to negative values
On this topic
Largest US steel company to lose $ 100 million in Q3
Brazil's largest steel company is planning to stop the blast furnace
US Steel decided to "immediately dismiss" about three thousand people
Big River Steel and US Steel have strategic differences
USA records record steel production
Steel trade war costs US companies $ 11.5 billion a year
Add a comment
Сomments (0)
News Analytics
The State Environmental Inspection will not allow disrupting the terms of29-11-2020, 10:17
All vessels involved in the construction of Nord Stream-2 returned to the port28-11-2020, 16:43
IMF denies emergency financial aid to Kiev28-11-2020, 10:31
Biden's Production Plan Requires Significant Increase in U.S. Mineral Production28-11-2020, 10:35
SE "VostGOK" promises to pay off wage arrears by the end of next week27-11-2020, 22:39
European Union scrap collectors worried about possible export restrictions18-11-2020, 10:41
Occupational diseases of workers in the extractive industry: types and ways to16-11-2020, 17:49
Eurofer expects recovery in EU steel demand05-11-2020, 09:47
Hot rolled carbon steel demand will continue to grow by 4% pa until 203004-11-2020, 16:14
Platts Steel Trade Review: China Will Decide Asia's Fate30-10-2020, 10:04
Sign in with: