A new electric arc furnace with a capacity of one and a half million tons will appear at a metallurgical plant in Alabama, which today is forced to purchase billets for rolling on the side. 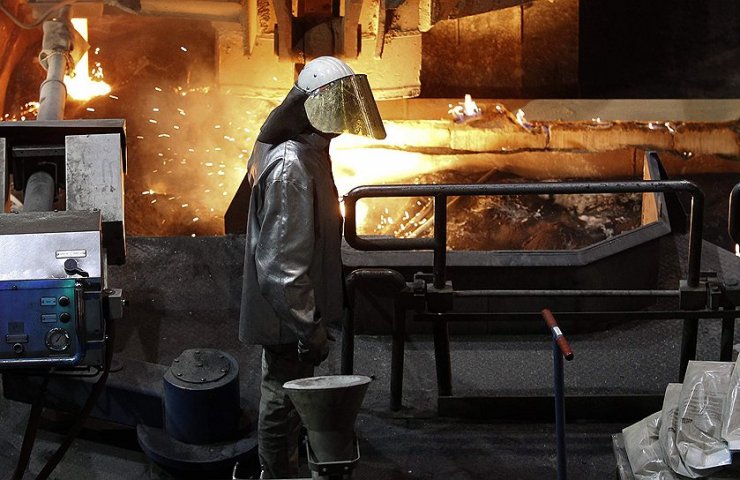 Japan's Nippon Steel Corp and Luxembourg-based mining and metals holding ArcelorMittal are investing $ 775 million to build a new electric arc furnace at their US joint venture in Alabama, with construction scheduled to begin in the first half of 2023, Nippon Steel reported on Tuesday. /p>

The new furnace to be built at the AM /NS Calvert (50-50) joint venture will have a capacity of 1.5 million tonnes of steel per year.

With the new furnace, Calvert will be able to independently produce some of the slabs needed to make steel sheet, which will shorten lead times and increase productivity, the largest steel producer in Japan said in a statement.

ArcelorMittal, the world's largest steelmaker, announced in September that it would sell most of its US assets to Cleveland-Cliffs Inc, the largest US iron ore pellet producer, but retained its stake in AM /NS Calvert.

Recommended:
In 2020, Ukraine received 22 container trains from China
Industry association predicts 8% growth in passenger car sales in China in 2021
An early warning system about man-made disasters has been launched at the Dnieper Metallurgical Plant
On this topic
The largest steel company in Japan can stop another blast furnace
Nippon Steel is prepared to further reduce steel production due to coronavirus
ArcelorMittal and Nippon Steel complete acquisition of Essar Steel
Los Angeles Times: a Perfect storm in the American market of steel
Nippon Steel Suspends Typhoon Damaged Melting Furnace at Kimitsu Plant
Steel production at record levels. What's next?
Add a comment
Сomments (0)
News Analytics
Industry association predicts 8% growth in passenger car sales in China in 202123-01-2021, 11:07
YUZHMASH expects the adoption of the new space program of Ukraine in the near22-01-2021, 15:18
Eleven miners still await rescue from exploded gold mine in China22-01-2021, 12:34
Rivne NPP shut down power unit No. 122-01-2021, 12:13
Russia will start producing "green" hydrogen22-01-2021, 10:47
China will overtake the United States to become the world's largest economy in27-12-2020, 12:04
The shortage in the US steel market will last at least until the end of the25-12-2020, 11:36
Steel production in China to surpass one billion tons this year23-12-2020, 10:59
Iron ore prices hit seven-year high and continue to rise15-12-2020, 10:26
Prices for metallurgical raw materials continue to rise in regional markets10-12-2020, 11:32
Sign in with: