The South Korean electronics giant is looking for locations in Texas, Arizona, and New York for a semiconductor plant. 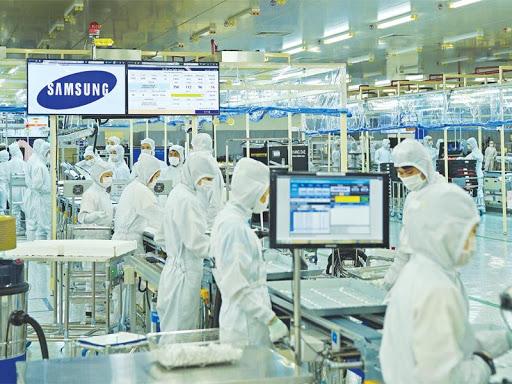 The company is considering two sites in and near Phoenix, two more in Austin and a large industrial complex in Genesee County, New York, one source told the newspaper.

An important factor in Samsung's decision to expand production is the US government's incentives to surpass conditions offered by other countries and lower costs in other regions.

The US is assessing the possibility of spending billions of dollars to boost chip production in the country to reduce dependence on supplies from Taiwan, China and South Korea. The new incentive measures were included in the defense budget passed in January, but they have yet to receive funding.

Previously it was reported that due to the trade restrictions of the previous administration of the White House in the United States and a number of other Western countries, there was a persistent shortage of chips for the automotive industry, which are produced in China and Taiwan.

According to last year's report from the Boston Consulting Group, the rise in chip production in Asia in recent decades has driven the US share down to about 12%. The company's analysts note that significant funding is needed to reverse this trend.

Samsung since the 1990s. has a chip manufacturing facility in Austin, Texas. Last year, the company acquired an additional land plot there. Samsung is asking local authorities to relocate the road near the factory.

Discussions on Samsung's incentives have been put on the agenda for Austin and nearby Taylor.

Recommended:
Chinese bicycle production up 24.3% in 2020
Rolls-Royce suspends production of jet engines for the first time in its history
In January 2020, Ukraine increased pig iron production by 5% yoy
On this topic
Trump wants to ease environmental restrictions on the US mining industry
Trump vetoed US defense budget with sanctions against Nord Stream 2
The reason for Elon Musk's move from California to Texas has become known - it's steel
Taiwanese chipmaker TSMC brings production in the United States
The metallurgical industry of the United States stopped half of its capacity
Los Angeles Times: a Perfect storm in the American market of steel
Add a comment
Сomments (0)
News Analytics
США расширили список организаций, связанных с разработкой российского03-03-2021, 09:15
Canada's economy plunges record 5.4% in 202002-03-2021, 21:42
UN Secretary General has called coal mines a past, from which it is time to02-03-2021, 20:44
Metallurgical enterprises of Ukraine increased earnings from the export of02-03-2021, 19:50
Trade union committee "Azovstal" received an answer to the question about the02-03-2021, 18:39
Spread between raw materials and high strength alloy steel in Europe increased01-03-2021, 20:21
Increase in prices is forecasted in the markets of steel raw materials -26-02-2021, 09:25
Troy ounce of gold will drop $ 500 in two years - Fitch25-02-2021, 18:29
Global iron ore production growth to outstrip cumulative production in India23-02-2021, 10:22
Fitch Ratings Warns of “Shocking Impact” on Fossil Fuel Exporters18-02-2021, 14:44
Sign in with: