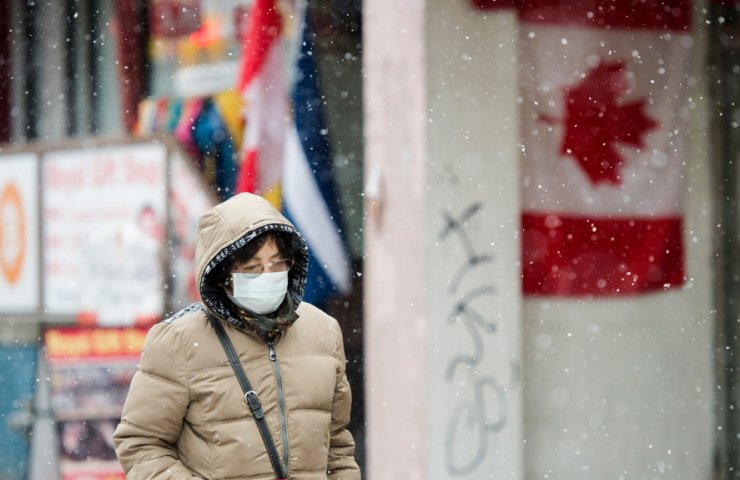 Canada's GDP contracted 5.4% in 2020, which was the worst year for the country's economy since 1961, when they began to record economic indicators. This was announced today by Statistics Canada.

Such a record low volume is due to the first wave of COVID-19, which swept the entire country. As a result of the pandemic, businesses were closed and millions of people were left out of work in March and April 2020.

Canada's GDP, which includes the total value of all goods and services that the country has produced, grew by 2.3% in the last quarter of 2020, but this was not enough to offset the record drop seen during the first wave.

Despite a better-than-expected result for the fourth quarter overall, Statistics Canada noted that overall economic activity in December 2020 was about 3% below the pre-pandemic level of February 2020.

Recommended:
The Ministry of Energy of Ukraine proposes to exempt biofuels from environmental tax
Rostec will launch the production of ultra-fast charging stations for electric vehicles
The transport strategy of Ukraine should provide for the localization of production - USPP
On this topic
2021 will be the year of rapid development of private astronautics
Metinvest extended maturity of bonds
The UK economy is shrinking at the fastest pace since the financial crisis
The fall in steel prices has reduced the foreign currency proceeds to the budget of Ukraine
Moody's downgraded the forecast for global GDP growth in 2020 and 2021
Los Angeles Times: a Perfect storm in the American market of steel
Add a comment
Сomments (0)
News Analytics
The capacity of the domestic steel market in Ukraine in January-March decreased19-04-2021, 10:33
In Russia, there is an exuberant demand for agricultural machinery19-04-2021, 10:24
Iran is satisfied with the reaction of the world community to 60% enrichment of18-04-2021, 13:24
Gas prices in Ukraine have reached a record value over the past two years -16-04-2021, 17:24
Ukrmetallurgprom asks the Antimonopoly Committee to allow Metinvest to bid for16-04-2021, 17:23
World Steel Association predicts a good year for metallurgists15-04-2021, 18:19
World Steel Association defines green steel and its variations12-04-2021, 13:14
China unlikely to cut steel capacity in 2021 due to high steel prices07-04-2021, 12:11
Scrap metal market at the beginning of April02-04-2021, 11:10
Rising Chinese Prices Fueled Rising Global Steel Prices - MEPS25-03-2021, 18:54
Sign in with: