US crude steel production exceeded 1.85 million tonnes last week, up 37% over the same period in 2020. 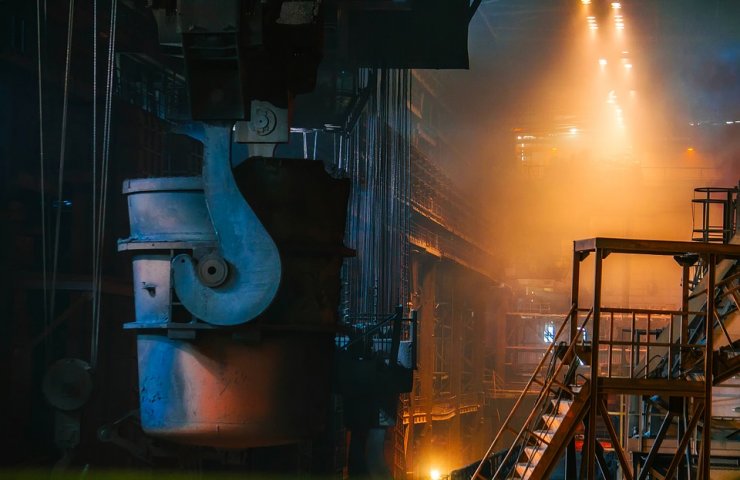 According to the American Iron and Steel Institute (AISI), capacity utilization at US steel mills rose to 83.6% in the week ended July 10, the highest level since the week ended September 22, 2008.

Interestingly, the September 2008 record for US metallurgical capacity utilization was recorded at a time when the global economy was already in recession, and US utilization dropped to a low of 33.5% just three months later.

The capacity utilization rate recorded on July 10 rose from 83% in the previous week and was more than 23 percentage points higher than in the same period in 2020, when the US economy was recovering from plant shutdowns related to Covid-19 in the first half of 2020. Capacity utilization hit a recession low of 51.1% for the week ending May 2, 2020.

Финансовая аналитика, прогнозы цен на сталь, железную руду, уголь и другие сырьевые товары. More news and analytics on Metallurgprom telegram channel - subscribe to get up-to-date market information and price forecasts faster than others.
Сomments
Add a comment
Сomments (0)
On this topic
The steel industry, the United States recognized itself the most energy efficient in the world
Elon Musk contracted coronavirus, but doubts the reliability of the tests
United States Steel Corporation pays a symbolic dividend of 1 cent per 1 share
ArсelorMittal predicts falling sales and income due to coronavirus
Los Angeles Times: a Perfect storm in the American market of steel
The metallurgical industry of the United States stopped half of its capacity
Recommended:
Turkey in January-July increased imports of pig iron by 46.7%, tripling purchases in Russia
thyssenkrupp has successfully completed the sale of the company's mining business
IREPAS: The global long products market is in a "dramatic situation"
News Analytics
The production of passenger cars in Russia decreased by 2.8 times in eight29-09-2022, 11:19
Donetsk and Torez electrotechnical plants will start producing electrical29-09-2022, 11:37
Ukrainian coking plants reduced gross coke production by 55.2%29-09-2022, 11:28
China ramps up investment in transport to bolster economy29-09-2022, 11:33
The heads of mining companies named the main risks for business29-09-2022, 10:03
China production cuts in winter will give limited boost to steel markets -15-09-2022, 10:09
Steel prices may rise as manufacturers stop production11-09-2022, 14:06
IREPAS: The global long products market is in a "dramatic situation"10-09-2022, 20:49
Steel prices are unlikely to rise significantly in the near future - analysts02-09-2022, 22:58
Steel prices may move up on new data from China31-08-2022, 12:19
Sign in with: