Rusal's lawyers believe that the Australian mining concern violated its obligations, and the personal sanctions imposed against the founder of the Russian company Oleg Deripaska and co-owner Viktor Vekselberg should not concern her herself. Lawyers admit that questions about the legality of receiving Rio Tinto 20% of the plant may also arise from the Australian court. 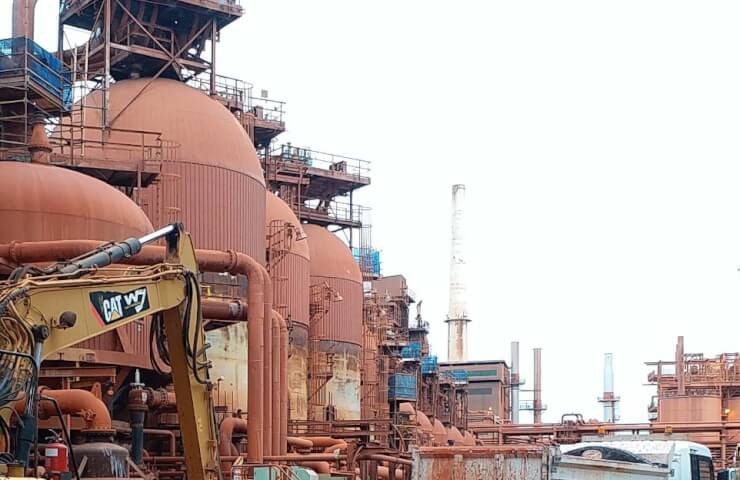 The united company Rusal, founded by Oleg Deripaska, who fell under Western sanctions, has filed a lawsuit in the Federal Court of Australia against the Australian-British Rio Tinto for terminating business with him at the Queensland Alumina Ltd (QAL) alumina refinery in Australia, reports the Australian news agency AAP.

Rusal owns 20% of QAL through ABC. For the company, this is an important element of the production chain: in the reporting for 2021, it reflected the production of alumina at this asset at 742 thousand tons (9% of the company's total production). On March 20, Australia announced a ban on the export of alumina and aluminum ores to Russia. According to the Australian government, the country provides 20% of alumina supplies to Russia. Then in April, Rio Tinto CEO Jacob Stausholm announced the end of commercial relations with Russia. As the company claimed, it received 100 percent control over QAL.

Rusal believes that the concern has violated its obligations, and the sanctions imposed by the Australian government are not sufficient grounds for assigning full control over production, since they did not directly concern Rusal and were introduced only in relation to Viktor Vekselberg (his Sual Partners is a co-owner of " Rusal") and Oleg Deripaska personally.

The loss of the alumina asset in Australia aggravated the company's problems with raw materials: on March 1, Rusal temporarily suspended production at the Nikolaev Alumina Refinery (Ukraine), where about 20% of the company's raw materials were produced, due to "inevitable logistical and transport problems in the Black Sea and adjacent areas." Shipments of alumina from the port of Nikolaev were also suspended, Wood Mackenzie reported.