Billionaire Oleg Deripaska in an interview with the RBC TV channel spoke about the "mockery" of the US Treasury and the main vulnerability of the current Russian economy. 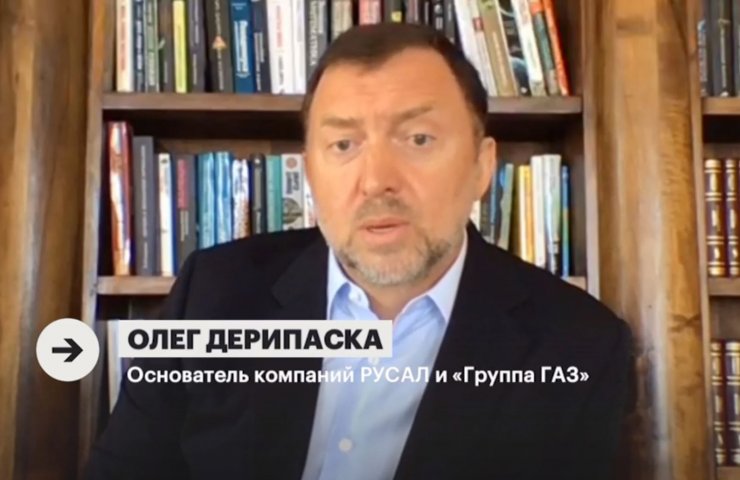 It is obvious that the US and EU sanctions have a serious impact on the Russian economy because mechanisms have not been created that ensure investments in the financial market, he said in interview RBC is the main owner of the largest aluminum company in Russia" Rusal "Oleg Deripaska.

"We have been absolutely indifferent to this since 2016," he said. "These five years, while they are exercising with us in this way, would be enough to draw a conclusion and ensure minimal risk for the Russian economy and real economic sovereignty."

According to the billionaire, American sanctions against Russia will remain and will not be eased after the US elections.

Recommended:
German companies face critical staff shortages - Handelsblatt
Zlatoust Metallurgical Plant spoke about new types of mastered metal products
Ukraine will adjust plans towards European integration in the energy sector
On this topic
US imposed export restrictions against Ukraine, Russia, Venezuela and China
FT: the US Treasury Deripaska is suspected of laundering money for Putin
Oleg Deripaska said that Russia should make, not to be ashamed in front of Ukraine
American business warned the Senate of the United States from the introduction of the "hell" of
Failure rate: why import substitution failed to meet expectations
Forbes has made a rating of the most expensive teams of "Formula-1"
Add a comment
Сomments (0)
News Analytics
Metinvest's Italian contractors reveal details of the investment project in16-06-2021, 23:01
Energoatom approved Electrotyazhmash as a supplier of turbine generators for16-06-2021, 14:57
Representatives of Ukraine and Germany discussed the prospects for cooperation16-06-2021, 10:49
Vestas and DTEK RES signed an agreement for the supply of wind turbines for the16-06-2021, 10:45
SSAB agrees with Volvo to supply and refine HYBRIT decarbonized steel16-06-2021, 10:40
Vaccinations fuel demand for platinum - World Platinum Investment Council08-06-2021, 12:55
Sharp price growth continues in the rolled metal market - Ukrpromvneshexpertiza08-06-2021, 11:04
Analysts note overheating of the global scrap metal market01-06-2021, 13:28
Hydrogen-fueled steelmaking could be competitive after 2050 - McKinsey19-05-2021, 14:22
Steel raw material prices are skyrocketing across the board18-05-2021, 12:34
Sign in with: