The company expects to bring the new open pit to its design capacity in 2023, which will significantly increase the volume of coal production. In 2021, the Russian subsidiary of TIG Beringpromugol mined 1.25 million tons of coal, it was previously reported. 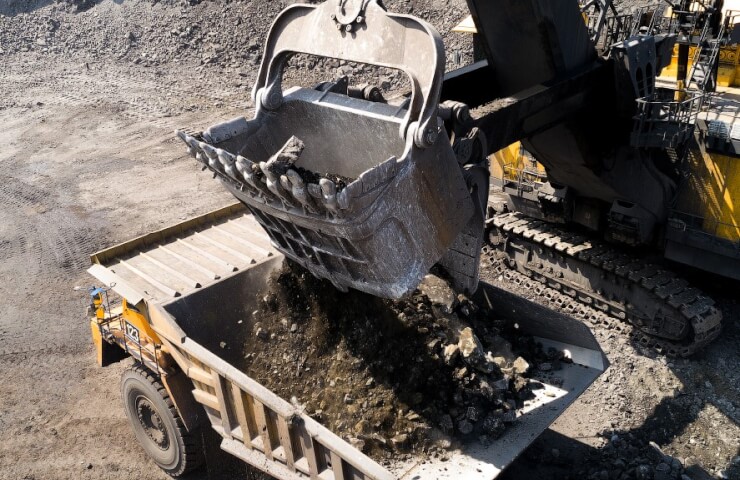 Glavgosexpertiza of the Russian Federation has approved a quarry project for the development of the western part of the Zvonkoye coal deposit in Chukotka, the license for which is owned by Beringpromugol LLC (a subsidiary of the Australian Tigers Realm Coal Limited, TIG), the agency said.

At first, mining will be carried out within the boundaries of the Western operational block of the site. Decisions for the Eastern bloc will be considered separately, the press service emphasizes.

“The quarry excavation of the Western block will amount to 54.6 hectares, the production volume will be 650 thousand tons of coal per year. Taking into account the volume of industrial reserves of the block and the design capacity of the section, the service life of the enterprise will be 4 years. This time should be enough to formalize the rest of the lands within the boundaries of mining within the Eastern Operational Block and develop project documentation, ”explained Sergey Alin, chief project expert from the complex examination department of the Krasnoyarsk branch of Glavgosexpertiza, whose words are given in the message.

The Zvonkoye deposit is located near the Fandyushkinskoye field, which is mined by Beringpromugol. The company expects to bring the new open pit to its design capacity in 2023, which will significantly increase the volume of coal production. In 2021, Beringpromugol produced 1.25 million tons of coal, it was previously reported.

Later, the construction of an enrichment plant is planned on Zvonkom.

Tigers Realm Coal has been developing the Amaam deposit in the Bering coal basin in Chukotka since 2012. As part of the project, the West and Levoberezhny license areas are being developed, the latter being located in Northern Amaam. It was from him that the company began the development of the project, having discovered the Fandyushkinskoye field field. Mining here began in December 2016.

According to the TIG website, the company continues to own Russian assets. The holder of 100% in Beringpromugol LLC, according to the extract from the Unified State Register of Legal Entities dated July 1, 2022, is the Cypriot Rosmiro Investments Limited.

Финансовая аналитика, прогнозы цен на сталь, железную руду, уголь и другие сырьевые товары. More news and analytics on Metallurgprom telegram channel - subscribe to get up-to-date market information and price forecasts faster than others.
Сomments
Add a comment
Сomments (0)
On this topic
NADPU expert: the radioactivity of the Azov zirconium deposit is greatly exaggerated
Anatoly Bykov, a member of the aluminium wars in the 90s, I suspect in the contract killing
The State Geological Survey of Ukraine has developed an algorithm of actions in the event of
Miner's Week 2021: Trends in the mining industry - digitalization, space exploration and Urban
DTEK Energo creates the first digital mine in Ukraine
South Korean DSME to build six LNG carriers for Arctic LNG 2
Recommended:
India launches carbon trading market
Steel production in China declines in July, but this does not affect the large supply surplus
The launch of exchange trading in metals in the Russian Federation may take place before September 1
News Analytics
China reduced steel exports in July by one million tons or 12%08-08-2022, 17:41
World steel prices have moved from a protracted fall to growth08-08-2022, 16:27
Ferrexpo's net profit in the first half of the year decreased by 88%03-08-2022, 10:20
Ukrainian gas transportation system allowed to pump biomethane03-08-2022, 10:18
The strategy for the development of Russian metallurgy will be "quickly02-08-2022, 14:02
The US market may begin a collapse in prices for thick sheet14-07-2022, 09:39
High iron ore shortage could halt metallurgy's green transition28-06-2022, 14:02
Price volatility hits global steel market27-06-2022, 19:28
Recovery in China could be key to rising global steel prices - MEPS24-06-2022, 14:00
Conflict in Ukraine spurs Europe's drive for clean energy03-06-2022, 12:14
Sign in with: