The Australian government fears, under pressure from the UN and environmental activists, simply to fall out of the market, losing the main export item of federal budget revenues. 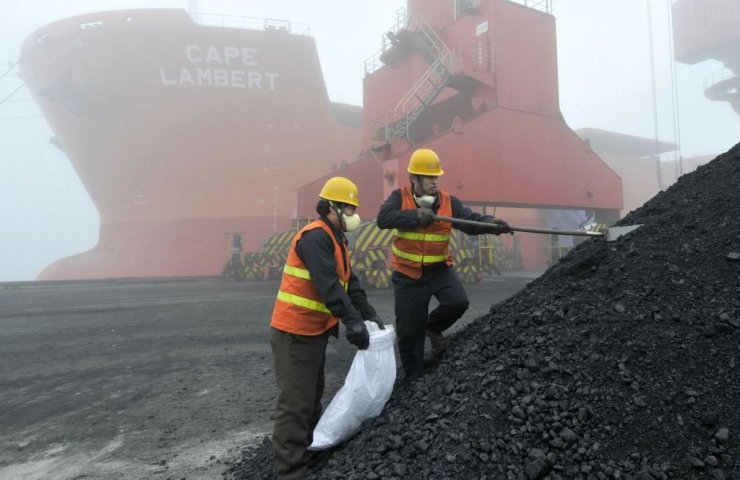 The Australian Federal Government has approved a plan to restart the Russell Vale coal mine in the Illawarra region of New South Wales by Indian-owned Australian coking coal company Wollongong Coal, showing strong support for the development of the coal industry.

This is the first approval of a coal coal project by Australian Environment Minister Susan Lei since May this year. In making the decision, the minister took into account China's ability to buy coal from other countries around the world after Beijing restricted imports of Australian coal.

The argument that Australian coal mines will simply be replaced with alternative sources in other parts of the world if not approved by the government could trigger a string of permits delayed this year.

Just last week, the Independent New South Wales Planning Commission rejected South Korean steelmaker Posco's plan to build the Hume coal project with a capacity of 3 million tonnes per annum in the South Highlands and an associated rail link to the Port of Kembla.

Coal will be the main source of growth for the Australian economy after 2030, given the growth in global demand, said the country's natural resources minister on Monday, a day after the UN envoy urged the country to phase out fossil fuels.

Финансовая аналитика, прогнозы цен на сталь, железную руду, уголь и другие сырьевые товары. More news and analytics on Metallurgprom telegram channel - subscribe to get up-to-date market information and price forecasts faster than others.
Сomments
Add a comment
Сomments (0)
On this topic
Coking coal entered the list of strategic raw materials at the global level
Australia will produce hydrogen for export to remain a leading energy exporter
China will replace Australian coal imports with supplies from Russia
Australian schoolchildren file class action lawsuit in Melbourne court against coal company
Tensions rise between China and Australia over commodity trade
China plans to ban coal imports from Australia for political reasons
Recommended:
The European Commission plans to create a European hydrogen bank with a budget of 3 billion euros
Steel plant in Switzerland prepares for shutdown and layoffs
In August, the truck market in Ukraine decreased by 62%
News Analytics
The production of passenger cars in Russia decreased by 2.8 times in eight29-09-2022, 11:19
Donetsk and Torez electrotechnical plants will start producing electrical29-09-2022, 11:37
Ukrainian coking plants reduced gross coke production by 55.2%29-09-2022, 11:28
China ramps up investment in transport to bolster economy29-09-2022, 11:33
The heads of mining companies named the main risks for business29-09-2022, 10:03
China production cuts in winter will give limited boost to steel markets -15-09-2022, 10:09
Steel prices may rise as manufacturers stop production11-09-2022, 14:06
IREPAS: The global long products market is in a "dramatic situation"10-09-2022, 20:49
Steel prices are unlikely to rise significantly in the near future - analysts02-09-2022, 22:58
Steel prices may move up on new data from China31-08-2022, 12:19
Sign in with: