NADPU expert: the radioactivity of the Azov zirconium deposit is greatly exaggerated

Despite all its attractiveness, the Azov rare earth metal deposit has not yet been commissioned. Why? First of all, because of the risks: economic, social, political. 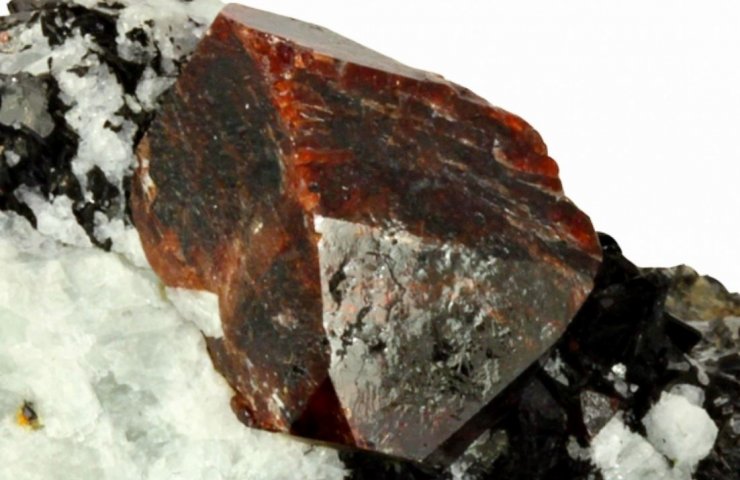 Expert of the National Association of the Extractive Industry of Ukraine (NADPU) stated that the radioactivity of the Azov rare earth deposit is greatly exaggerated by the public.

“Indeed, the Azov rare earth deposit contains radioactive minerals. Its radioactive nature has been studied quite well by experts at the stage of prospecting and prospecting and evaluation work, and looking ahead I will add that radioactivity is greatly exaggerated by the public, "said Marina Malova, an expert of the Association.

According to the prospectors of the deposit, modern technologies for the extraction and processing of rare earth ores, significant automation and robotization of production, modern mining equipment allow minimizing risks to both human health and the environment, the expert recalled.

In addition, before putting the field into operation, an environmental impact assessment (EIA) procedure is underway, which determines the conditions for the development of the field in accordance with the current legislation of Ukraine in the field of ecology and subsoil use. The procedure provides for public hearings and takes into account the opinion of the local population. This is essentially a "contract" between the company and the subsoil user.

“With responsible subsoil use, the benefits for local communities are clear. After all, new jobs are being created, the subsoil user invests money in the infrastructure of the settlement, builds and repairs roads, deals with hospitals and educational institutions, "M. Malova notes.

Recall that the State Service of Geology and Subsoil (Gosgeonedr) of Ukraine withdrew from sale a special permit for the use of subsoil of the Azov area with ore occurrences of zirconium. At the same time, the ministry's message does not say that the Azov section was finally withdrawn from the auction, and not only this year. Meanwhile, the community and local authorities are seeking a final decision - a complete ban on the development of zirconium deposits - both now and in the future.

Residents of the Nikolsky district of the Donetsk region were worried about possible damage to the environment. In their opinion, drilling and blasting operations can increase tectonic activity and lead to the appearance of radioactive dust.

According to the chairman of the Nikolskaya united territorial community Vasily Mitko, a layer of zirconium about 40 hectares in size is located 1.5 kilometers from the village. The territory of these lands is privately owned by local residents. “Nobody wants radiation metals to be mined near them. They get money, but we get death, "people are indignant.

Residents of a village near Mariupol have already stopped the start of zirconium development three times - in 2004, 2012 and 2021.

The Azov zirconium ore deposit in the Donetsk region was explored back in the days of the USSR. The main prospecting work on the territory of the Azov structure was carried out for zirconium ores in 1988-1992 by the Azov expedition of the Yuzhukrgeologiya KP. In the early 2000s, its industrial assessment was carried out.

“The Azov rare earth deposit is a large deposit where the reserves of useful components exceed the reserves of rare earth ores of the known industrial deposits of Canada. A preliminary geological and economic assessment of the Azov field has unambiguously shown its commercial importance. For several decades, the development of a field, depending on the method of development and the depth of technological conversion, can bring an annual net profit of tens of millions, and for the entire period of development, several hundred million dollars, ”says E. Sheremet, S. Strekozov and L. .Net published in 2007.

Recommended:
Workers of uranium mining mines in Ukraine are preparing new protests
The government of Ukraine has taken the first step to integrate SE "VostGOK" into the structure of Energoatom
ArcelorMittal Kryvyi Rih announced the won court against the environmental community
On this topic
How can integrated subsoil use objects help the development of raw materials exports in Ukraine?
A rally of workers of the stopped shipyard was held in Mariupol
Gosgeonedra drew attention to the protests of Mariupol residents against zirconium mining
Ukraine has enough "metals of the future" for the development of innovative technologies -
Armenia and Azerbaijan draw a new border right in the middle of a gold mine
Metinvest has received a kind "Hello" from the ancient Scythians
Add a comment
Сomments (0)
News Analytics
Укрзализныця достигла согласия с поставщиками по отгрузке дизельного топлива21-04-2021, 14:25
Global hydrogen demand to grow 7-fold by 2070 - PwC21-04-2021, 12:31
Energy independence of Ukraine depends on decarbonization and "green" energy -21-04-2021, 12:42
Shell tests hydrogen fuel cells on ships in Singapore21-04-2021, 11:39
Gazprom will continue to develop priority areas of hydrogen energy based on21-04-2021, 10:49
Global hydrogen demand to grow 7-fold by 2070 - PwC21-04-2021, 12:31
World Steel Association predicts a good year for metallurgists15-04-2021, 18:19
World Steel Association defines green steel and its variations12-04-2021, 13:14
China unlikely to cut steel capacity in 2021 due to high steel prices07-04-2021, 12:11
Scrap metal market at the beginning of April02-04-2021, 11:10
Sign in with: