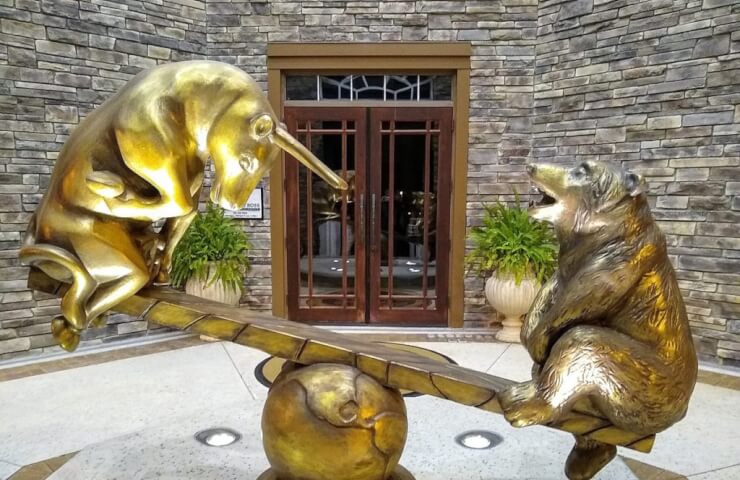 Gold prices rose to their highest level in two months as US Treasury yields fell and the dollar weakened against the world's major currencies.

Gold was supported by the return of volatility to the stock market. US stocks lost early gains on Wednesday as investors continue to assess earnings growth prospects. Falling bond yields and a weaker dollar have also contributed to bullion's attractiveness.

Gold largely held above $1,800 an ounce in January after recording its first annual loss in three years as the world's major central banks began to roll back pandemic-era stimulus.

However, the traditional role of precious metals as a hedge against inflation, as well as uncertainty about the impact of omicrons on the global economy, support the demand for safe-haven assets.

"With calls for even more rate hikes this year than markets are counting on, we may be seeing some inflation hedges from traders who don't think central banks are doing enough to ease price pressures," said Craig Erlam. , an analyst at brokerage OANDA.

According to Bloomberg Economics, a rate hike is expected in March, the first of many hikes this year. While a quarter-point upswing is still the most likely scenario, swap markets are now pricing in more than 25 basis points of tightening by the end of March.

"Falling yields have resulted in a technical breakout for gold, but it could still trade in the $1,800 to $1,840 range before the US Federal Reserve meeting next week," said Ed Moya, senior market analyst at OANDA.