In a recent tweet, Musk asked opinion people about their intentions to change their lives 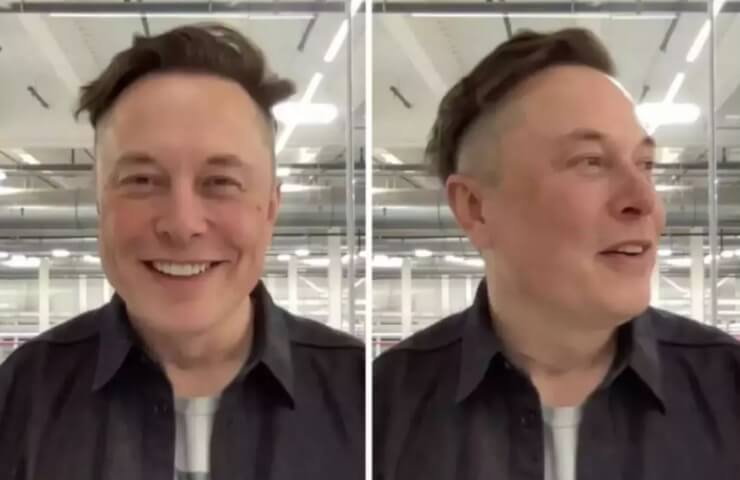 Tesla and SpaceX CEO Elon Musk is very active on Twitter. So much so that almost every tweet from the billionaire becomes news. Now Elon Musk has tweeted about his desire to quit his job and become a full-time influencer.

If you look at Musk's Twitter chronology, it will be very obvious that the billionaire runs the page himself. Case in point: Sometimes annoying content could never get past a social media manager. But Musk, using his own Twitter account, adds personality to him - he answers everything and everyone. On Tuesday morning, he responded to online speculation about his new haircut, saying that he did it himself. Musk shared the details of his new haircut, responding to one of the many photos he shared the haircut.

Musk's new tweet was greeted with great enthusiasm from Twitter users. “I'm thinking of quitting my job and becoming a full-time influencer,” Musk said in a tweet. This tweet from Musk comes at a time when Tesla's CEO is one of the most influential people on social media. Musk asked his 65.8 million Twitter followers what they thought, and while some of them gave him advice, many said he was already an influencer.

Musk is best known for his quirky Twitter feed, where the CEO of Tesla and SpaceX talks about cryptocurrency, his company, and more about the modern Internet and digital space that millions of people are interested in.

Финансовая аналитика, прогнозы цен на сталь, железную руду, уголь и другие сырьевые товары. More news and analytics on Metallurgprom telegram channel - subscribe to get up-to-date market information and price forecasts faster than others.
Сomments
Add a comment
Сomments (0)
On this topic
NASA suspends $ 2.9 billion lunar contract with SpaceX Elon Musk
Ukraine accepted the offer of the Mask on the free ventilators
Rivian Automotive could propel Tesla into the electric vehicle industry
Elon Musk warns employees about the possible bankruptcy of SpaceX
Elon Musk reveals his fears about the future of humanity
Tesla to build exclusive electric cars in Berlin for $ 25,000
Recommended:
"Centravis" agreed to supply a new batch of seamless pipes to a client from Oman
Dneprovsky Metallurgical Plant received almost UAH 2 billion in net profit last year
EU new car market continues to recover in double digits
News Analytics
China's iron ore output to rise in 2023 as new projects are launched30-11-2022, 18:10
"Centravis" agreed to supply a new batch of seamless pipes to a30-11-2022, 16:51
Metinvest enterprises in Ukraine resumed work after massive shelling of29-11-2022, 11:59
The European Council added the violation of restrictive measures (sanctions) to28-11-2022, 14:22
The abolition of export duty in India may reduce the price of Turkish steel28-11-2022, 14:07
Commodity prices will fall, metals quotes will rise slightly - Focus Economics28-11-2022, 13:28
Platinum market to face shortage next year - WPIC22-11-2022, 18:25
Global steel demand falls and will fall by 2.3% in 2022: WorldSteel19-10-2022, 23:12
Iron ore prices fall to 11-month low15-10-2022, 10:36
China production cuts in winter will give limited boost to steel markets -15-09-2022, 10:09
Sign in with: