On Wednesday, October 23rd, Rostislav Shurma, who has headed the Zaporizhstal plant for the last 7 years, announced his resignation, which caused quite a stir in the city's political circles. 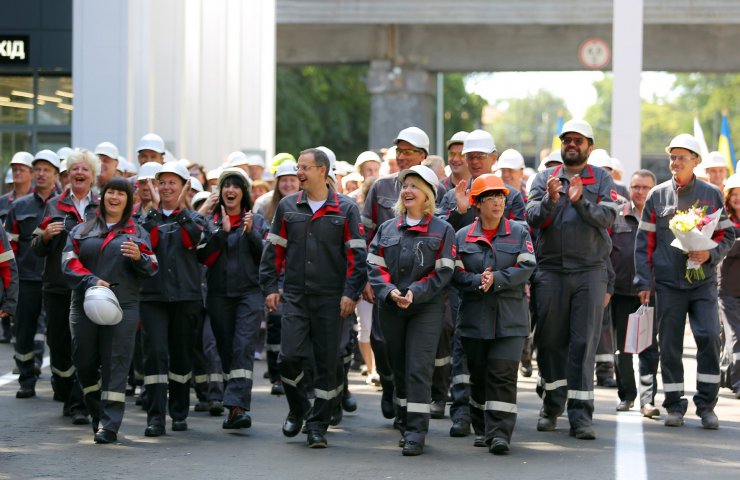 Rumors about Rostislav Shurma's dismissal have been circulating since the beginning of October, but at the plant they were then called “untrue”.

"The information released in the Internet media about the dismissal of Rostislav Shurma from the post of general director of " Zaporizhstal "does not correspond to reality," - said in a press release from the metallurgical plant on Monday 7 October. And then, after Shurma himself posted on Facebook, they removed this press release.

The news about the departure of Shurma, who ran for the People's Deputy from the Opposition Bloc, became an occasion for local political scientists and ordinary people to talk about the possible "alignment" of party forces in the upcoming local elections.

The head of the Zaporizhzhya Committee of Voters Roman Piatigorets commented on the story of the dismissal of the general director of Zaporizhstal in an interview to the Zaporozhye edition of Zanoza:

“Rostislav Shurma was at " Zaporizhstal "innovative, fresh air in comparison with the Soviet " secondhand ". He set high standards in the development of the enterprise, such as the construction of a huge blast furnace or the road to the plant. Under Shurma, the plant was transformed.

Therefore, I'm 90% sure that as a leader there were no questions to him. But in parallel, he was engaged in politics. So she put a question mark. Personally, my opinion. It is necessary to clearly define: you are a businessman or a politician.

Kolomoisky is a vivid example of this: other people manage his enterprises, and he sits outside the plant, from morning to evening, muddying up the deal, buying ready-made political projects. He has up to 8000 connections a day. This is a chess game.

But no one expected that the "green Bolsheviks " would begin to attack so actively and now the presence of the "Akhmetov clan " is under threat.

The shareholders are terribly worried, because they have lost their Little Homeland -Donbass, and if the "green " win, the city will go under the Dnieper. As under Yanukovych we will become a colony, but now the Dnieper.

I would advise Rinat Leonidovich to clearly separate the policy and management of the plant. There should be a separate person who will only deal with her.

The fact that the "Opposition bloc " needs rebranding also became clear three years ago. Akhmetov also has the "Industrial Party of Ukraine ". Take Taruta, restore the party, rely on new jobs, high wages. You can show yourself as a major employer. Like, we are going to build the economy.

As for the information that Buriak has benefited from Shurma's departure, I think this is a wrongly played card. They went to the elections together, as a team, and as if the new leadership did not become tougher to try to twist ropes out of it. ”

PJSC "Zaporizhstal" is a full-cycle metallurgical enterprise, which occupies a leading position in the production of steel in Ukraine, the volume of export of metal products to more than 50 countries of the world, as well as tax deductions.

On October 22, 2019, Zaporizhstal changed its ownership structure - Metinvest Rinat Akhmetova and Vadim Novinsky formalized control over their share in the enterprise directly. Now 47% of the enterprise is now owned by Metinvest, 3% - by Cypriot Lasartico Akhmetov, the rest of the shares belong to Russian investors.

Metinvest is an international vertically integrated mining and metallurgical group of companies. The structure of the group includes mining and metallurgical enterprises in Ukraine, Europe and the USA, as well as a sales network in all key regions of the world. The main shareholders of Metinvest are SCM group (71.24%) Rinat Akhmetov and Smart Holding (23.76%) Vadim Novinsky.