Ukrainian rolling shafts will work on the largest Brazilian steelmaker 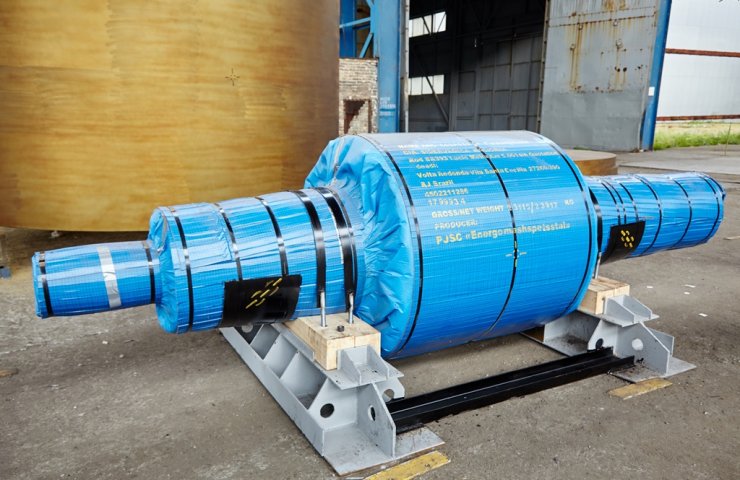 In October of Kramatorsk PJSC "Energomashspetsstal" made a shipment of rolls in address largest steel company of Brazil's Companhia Siderúrgica Nacional (CSN). Just sent two support roll with a total weight of 33 tons. Four swaths were shipped to the customer a month earlier, in September this year. Overall, according to the contract signed in February 2019, it is planned to supply 11 solid-forged backup rolls for cold rolling mills.

"today EMSS has shipped to Brazil for 6 rolls. The remaining 5 rolls, according to the schedule of supplies will be sent to the customer in February 2020. This is the first order from the company Companhia Siderúrgica Nacional (CSN). The successful implementation of the contract will allow PJSC "Energomashspetsstal" become an approved strategic supplier of the company", — said the head of sales Department production for metallurgy PJSC "EMSS" Konstantin Mareev.

Companhia Siderurgica Nacional (CSN) is the largest steel producer in Latin America. Its main plant is located in the city of Volta Redonda, in the state of Rio de Janeiro. Today Volta Redonda widely known in the world as the city where they make the famous "Portuguese Aço" (steel). CSN operates in 18 Brazilian States, covering the entire production chain of steel, from mining to the production and sale of a wide range of steel products, including slabs, hot-rolled and cold-rolled, galvanized and tin hire. Its products are used in distribution, packaging, automotive, appliances and construction. CSN also owns its own source of iron ore.

Recommended:
Liberty Steel bought the Polish metallurgical plant Huta Częstochowa
Transmashholding transferred the registration of the parent company from the Netherlands to Cyprus
Ukrainian officials discussed the possibility of cooperation with the Netherlands on hydrogen
On this topic
EMSS has received a new order from Toepke Steel Europe
World steel production in September fell by 0.3%
Mechanical engineering remains the locomotive of industrial production growth in the Donetsk region
Brazilian CSN reports 17% drop in quarterly sales
JSC "Turboatom " shipped the fourth guide vane out of seven planned
CSN To Sell Usiminas Shares To Cut Debt
Add a comment
Сomments (0)
News Analytics
Demand for scrap metal in Ukraine exceeds supply by 5%19-06-2021, 11:45
Ukraine resumed sea purchases of gasoline due to restrictions on supplies from19-06-2021, 11:38
Installation of the first mine hoisting machine of Uralmashzavod began in Altai19-06-2021, 11:46
European designers have learned to inflate steel structures that could be a18-06-2021, 17:42
In Ukraine, police were accused of involvement in the theft of coal from trains18-06-2021, 17:51
Vaccinations fuel demand for platinum - World Platinum Investment Council08-06-2021, 12:55
Sharp price growth continues in the rolled metal market - Ukrpromvneshexpertiza08-06-2021, 11:04
Analysts note overheating of the global scrap metal market01-06-2021, 13:28
Hydrogen-fueled steelmaking could be competitive after 2050 - McKinsey19-05-2021, 14:22
Steel raw material prices are skyrocketing across the board18-05-2021, 12:34
Sign in with: