Primetals Technologies representative Michael Mar, who carried out the acceptance of the finished products, noted that no inconsistencies were found during the inspection. 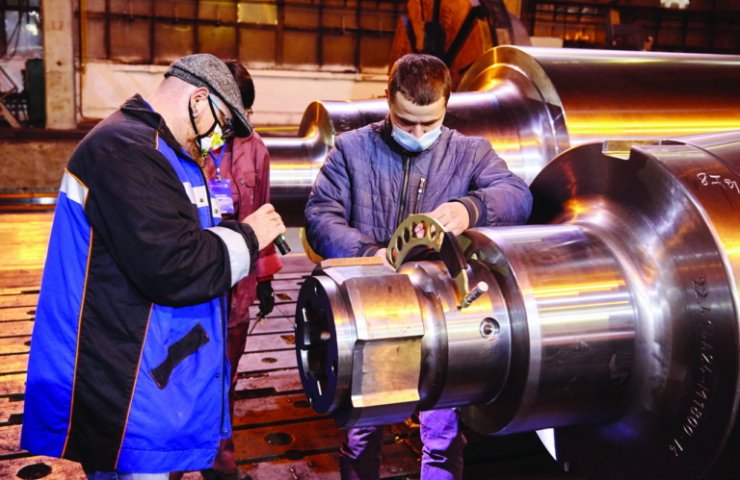 PJSC "Energomashspetsstal" timely and in full completed the execution of the contract for the production of rolls for the Austrian company Primetals Technologies. The final batch of rolls produced by the enterprise under a long-term contract has been accepted and is being prepared for shipment to the USA.

Note that the contract for the production and supply of rolls for Primetals Technologies was signed in December 2019. The rolls are intended for the 2400 hot-rolling mill under construction in the USA. As part of the signed commitments, Energomashspetsstal was to supply 16 backup rolls with a total weight of 725 tons for the Austrian customer.

As of today, the production of the entire roll volume has been completed. In December, the final batch of finished products was successfully accepted. 8 backup rolls with a total weight of 362 tons were delivered to the customer. Primetals Technologies spokesman Michael Mar, who handled the acceptance of the finished products, noted that no inconsistencies were found during the inspection. Further, the rolls will be covered with a conservation layer for long-term sea transportation and packed. Arrival of products to the Customer is expected in February.