DTEK urged Ukrainian media to be sceptical about further attempts to use them against one market participant in favour of the other. 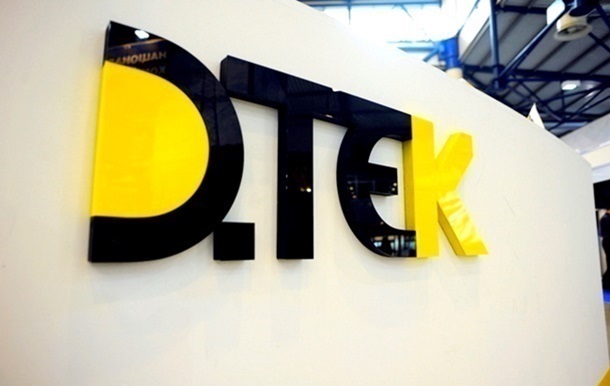 In the energy company DTEK Rinat Akhmetov has refuted the information disseminated by the publication "Our Money", about the alleged overpricing of electricity in the zone of Burshtyn TPP. This information is manipulative and not true, said the company.

the company explained that the Burshtyn TPP has not determined the price on the day-ahead market in the zone of Burshtyn TPP. The price is determined by the importers, who along with other producers in February 2020 was implemented by 97% of the electricity in this segment of the market. Meanwhile, the share of Burshtyn TPP accounted for only 3% of the total trading volume.

the Final price for consumers is significantly different from the prices formed on exchanges in different countries. Thus, in Slovakia, Romania and Hungary, the final price for industrial consumers is more than 1.5-2 times higher rates for industry in a shopping district, Orel energoostrova. This is evidenced by Eurostat data. In particular, the price in Slovakia is 154 € per MW h in Romania - 116 € per MW h in Hungary - 121 € per MW h In the same time Ukrainian consumers in the zone of Burshtyn TPP paid - 75-85 € per MW h with VAT for the base load graph.

DTEK noted that today Burshtyn energoostriv fully sinhronizovan with the EU power grid. In such a situation, no single market participant has no opportunity within the island to have a significantly higher price for supply in the markets of neighboring countries.

"Given the above, DTEK considers the system of unilateral interpretation of all the facts and figures of the publication "Our Money", organized by the information attack on the company's business. We reserve the right to go to court to protect its business reputation", - reported the company.

DTEK strategic holding company, part of the business SCM developing business in the energy industry. The company engaged in the production of coal and natural gas, produce electricity at the stations thermal and renewable energy supply heat and electricity to final consumers, and provide energy services.

the SCM is an international brand, represented in 7 countries of Europe and North America. In the SCM portfolio includes more than 500 companies and enterprises, employing about 200,000 people.

Recommended:
Mikheil Saakashvili walked along the berths of the Mariupol Sea Trade Port
Ukrzaliznytsia changes the logistics of transporting diesel fuel after stopping supplies from Russia and Belarus
Metinvest will act as a strategic partner of the Khortitsa National Reserve development project
On this topic
DTEK Energo counted the number of jobs lost due to imports of Russian electricity
Buy Russian electricity for six Ukrainian companies
The supply of electricity from Russia to Ukraine will be increased to market sources
The Verkhovna Rada adopted in first reading amendments to the law "On electricity market"
Heating season in Ukraine: where there can be problems with heat and why
How much should a citizen of Ukraine pay for electricity?
Add a comment
Сomments (0)
News Analytics
Volodymyr Zelenskyy signed a law to extend the export duty on ferrous scrap16-05-2021, 09:29
China's Tianwen 1 spacecraft successfully landed on Mars15-05-2021, 12:56
British law enforcement officials accused Liberty Steel and GFG Alliance of15-05-2021, 12:03
Chip shortage will cost the global auto industry $ 110 billion in revenue in14-05-2021, 12:15
Zaporizhzhya Dneprospetsstal expands international partnership14-05-2021, 11:17
The current state of the market is ideal for the sale of rolled steel - IREPAS04-05-2021, 18:41
Global hydrogen demand to grow 7-fold by 2070 - PwC21-04-2021, 12:31
World Steel Association predicts a good year for metallurgists15-04-2021, 18:19
World Steel Association defines green steel and its variations12-04-2021, 13:14
China unlikely to cut steel capacity in 2021 due to high steel prices07-04-2021, 12:11
Sign in with: