Rinat Akhmetov's energy generating holding has launched a renovation campaign to prepare for next winter. 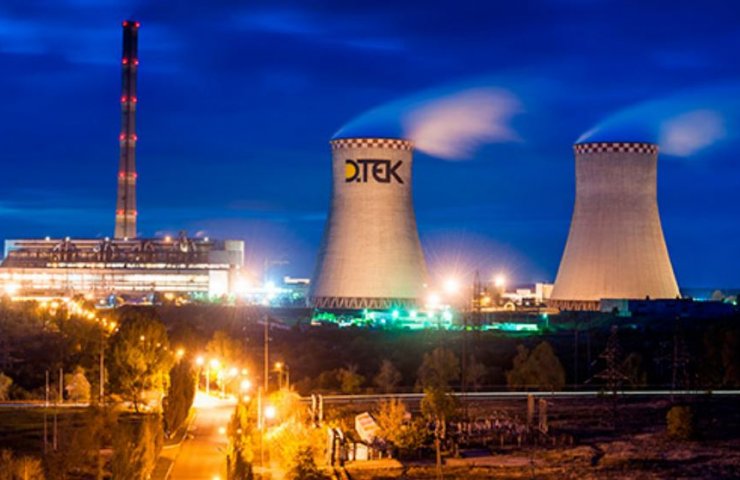 DTEK Energo plans to allocate UAH 2.3 billion for current, medium and overhaul repairs of power units of its TPPs in 2021, the press service of the company reported.

"This will reduce the equipment accident rate, which was observed in this heating season due to the super-high load at TPPs, and ensure stable operation in the power system," the company notes.

In March, four power units out of 29 planned for the current year have already entered scheduled maintenance. The task of workers of repair enterprises and power engineers of Burshtynskaya, Dobrotvorskaya, Kurakhovskaya and Luganskaya TPPs is to repair technological and electrical equipment, heating surfaces of boiler units, on which fistulas often appear, as well as to diagnose metal structures.

In the spring, DTEK Energo plans seven more ongoing and one major overhaul at its TPPs.

According to the General Director of DTEK Energy Ildar Saleev, due to the fact that the peak of the heating season 2020-2021. already passed, the load on the units has decreased and there is no need to work with a full set of equipment, the company has begun a repair campaign to prepare for next winter.

“This winter has once again shown the need for shunting heat generation by DTEK, which again lent its shoulder to the power system. The load of this heating season was 50% higher than the previous one, as was, unfortunately, the accident rate. Due to the repair of the nuclear power plant, our stations worked as a full complement and promptly responded to the needs of the power system. If one power unit went into emergency repair, then we quickly compensated for the need by launching another, ”he said.

At the same time, Saleev noted that in order to stop the tendency of accidents, it is necessary to stabilize the situation in the energy market, solve the problem of accumulated debts, and provide financial opportunities for generation to carry out repairs.

DTEK Energo is an operating company responsible for coal mining and power generation in the structure of the DTEK holding.

DTEK was established in 2005 to manage the energy assets of the System Capital Management (SCM) group of Rinat Akhmetov. The corporation has been delegated the functions of strategic management of the group's enterprises that make up a vertically integrated chain of coal mining and processing, electricity production and sale.

Recommended:
Okean shipyard restores dry dock performance
The European Commission has not included nuclear energy in the list of "green" sources
Iran is satisfied with the reaction of the world community to 60% enrichment of uranium
On this topic
Decarbonization of the Ukrainian energy sector is a practical step within the framework of European
Wi-Fi technology in DTEK mine entered the Ukrainian Book of Records as the first and deepest in the
Stopped nuclear power plants and mines. What's going on in the energy sector of Ukraine?
DTEK Energy may suspend Ukraine's largest coal company
DTEK Energo counted the number of jobs lost due to imports of Russian electricity
Fitch reversed the default DTEK energy Rinat Akhmetov
Add a comment
Сomments (0)
News Analytics
Dneprotyazhmash manufactures technological equipment for DMK07-05-2021, 10:07
The National Bank of Ukraine will sell 46 tons of scrap metal from obsolete07-05-2021, 10:10
Dnieper Metallurgical Plant DCH Steel in April reduced steel production by 2.8%07-05-2021, 09:18
Revised draft law on support of the extractive industry of Ukraine sent to07-05-2021, 09:41
Global auto industry to lose more than 2 million cars due to chip shortage -06-05-2021, 21:26
The current state of the market is ideal for the sale of rolled steel - IREPAS04-05-2021, 18:41
Global hydrogen demand to grow 7-fold by 2070 - PwC21-04-2021, 12:31
World Steel Association predicts a good year for metallurgists15-04-2021, 18:19
World Steel Association defines green steel and its variations12-04-2021, 13:14
China unlikely to cut steel capacity in 2021 due to high steel prices07-04-2021, 12:11
Sign in with: