A year ago, Ukraine launched a new model of the wholesale electricity market. However, unlike the gas market reform, it created more problems than advantages. 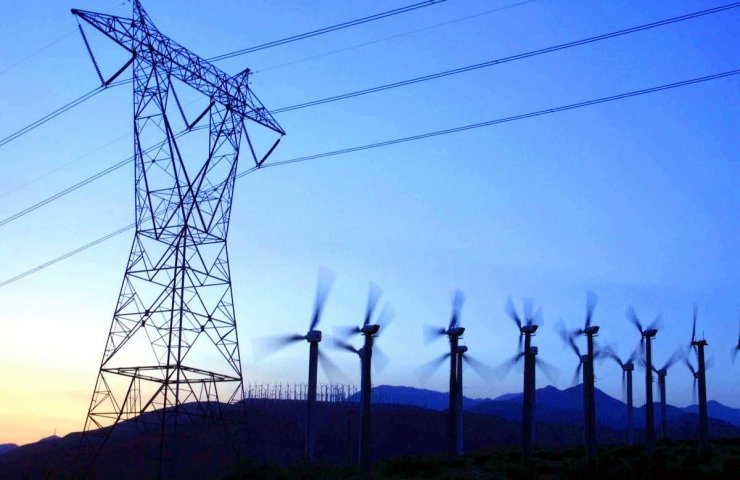 What went wrong in the Ukrainian electric power industry, can it be fixed, and how it will affect consumers - the correspondent of BBC News Ukraine Anastasia Zanuda discussed.

What was reformed and how

By July 1, 2019, the power plants sold all the electricity they produced to the state-owned company "Energorynok ". Its cost for the market, as well as tariffs for consumers, was determined by the National Commission for State Regulation in the Spheres of Energy and Utilities (NKREKP).

"Energorynok " sold electricity to distribution companies - oblenergos, and those - to enterprises and private consumers.

Funds moved in the opposite direction in the same complex scheme: from end consumers, through oblenergo to "Energorynok ", and only after that they got to the electricity producers. Quite often, the calculations "closed " even at the initial stages. Because of this, huge debts were formed in the regions.

In order to reform the industry, it was decided to remove the extra links of this chain, and to liquidate the intermediary companies after all debts were paid. As of August 31, 2019, the receivables of the SE "Energorynok " exceeded 30 billion hryvnia, and the accounts payable - 28.1 billion hryvnia. Many of the debt cases went to courts.

The changes also affected the "green " power plants that generate energy from renewable energy sources (RES) - wind, sun. Even before the reform, they were paid the highest tariffs among energy producers. After the start of the market reform, all the energy they produced was to be bought by the state-owned company "Guaranteed Buyer ".

"Green " assets are owned by DTEK, a member of the financial and industrial holding SCM, controlled by Rinat Akhmetov (DTEK also controls the lion's share of thermal generation), as well as foreign investors who came to Ukraine against the background of extremely attractive investment conditions in this industry.

Thus, a situation has developed in the region when "green " producers with higher tariffs and still a small market share are guaranteed to sell their products to solvent buyers, and large-volume producers at lower tariffs are forced to sell the lion's share of the population.

"The deputies adopted a good law, where the algorithm of relations in the energy sector is ideal," said former Energy Minister Ivan Plachkov a year ago on the eve of the market launch. "But we decided to build this Mercedes on the conveyor belt of a tractor plant. "

Launch of the market , and subsequently the crisis, highlighted the systemic problems of the electric power industry, says Elena Viter, director of the Dixi Group analytical group. But reforming it turned out to be more difficult than the gas sector.

"Electricity is a complex mechanism. There are more players, more generation, which needs to be coordinated among themselves. In addition, the gas market has long had preconditions for the market and players who were ready to compete for the consumer, " says expert.

The director of energy programs of the Razumkov Center, Vladimir Omelchenko, names different prices for different consumers as the primary problem that triggered a chain reaction in the electricity market.

"That is, we entered the new market with the potential of a huge shortage of funds. Then the constant political interference in the market. As a result, the debt to green energy, to Energoatom began to grow at a frantic pace. And all this was further promoted due to the fall in demand associated with the pandemic, " says the director of energy programs at the Razumkova Center .

Over the year, debts in the region have grown even more, the imbalance in production has reached the point that it was necessary to urgently shut down nuclear power units, the import of electricity was stopped and then resumed.

The multidirectional political influences and manual control actually introduced in the industry only separated the market from the ideal when only supply and demand affect it.

This all escalated during the quarantine, when electricity demand plummeted.

The chairman of the parliamentary energy committee Andriy Gerus on Facebook cited such data on changes in the electricity market over the past four months.

If nuclear power plants produced 10,700 MWh at the beginning of spring, then by mid-June they reduced the generation of

Финансовая аналитика, прогнозы цен на сталь, железную руду, уголь и другие сырьевые товары. More news and analytics on Metallurgprom telegram channel - subscribe to get up-to-date market information and price forecasts faster than others.
Сomments
Add a comment
Сomments (0)
On this topic
Stopped nuclear power plants and mines. What's going on in the energy sector of Ukraine?
Department of strategic development and planning of NKREKP was liquidated in Ukraine
Heating season in Ukraine: where there can be problems with heat and why
NKREKP: Electricity in Ukraine fell to levels below cost
Who will freeze first, if Ukraine will stop the transit of Russian gas?
High level of non-payment for electricity could lead to a collapse in the energy sector of Ukraine
Recommended:
EU new car market continues to recover in double digits
India plans measures to stimulate domestic steel exports
EU extends anti-dumping duties on cold rolled steel from China and Russia
News Analytics
The European Council added the violation of restrictive measures (sanctions) to28-11-2022, 14:22
The abolition of export duty in India may reduce the price of Turkish steel28-11-2022, 14:07
Australia and the UK aim to catch up and overtake China in the battery metal26-11-2022, 22:37
The United States imposed a ban on the import and sale of equipment from26-11-2022, 22:31
The pipe metallurgical plant in Nikopol continued to work after a short stop26-11-2022, 22:52
Commodity prices will fall, metals quotes will rise slightly - Focus Economics28-11-2022, 13:28
Platinum market to face shortage next year - WPIC22-11-2022, 18:25
Global steel demand falls and will fall by 2.3% in 2022: WorldSteel19-10-2022, 23:12
Iron ore prices fall to 11-month low15-10-2022, 10:36
China production cuts in winter will give limited boost to steel markets -15-09-2022, 10:09
Sign in with: