Уилбур Росс: Поставки трансформаторной стали в США угрожают национальной безопасности
A leading metallurgical company in the world suspends dividend payments
The largest investment Fund in the world has sold the shares of mining companies
The United Arab Emirates has banned the export of scrap metal from the country from may 15
ArcelorMittal plans to issue additional shares to two billion dollars due to pandemic
Popular
AvtoKrAZ auctioned ...25-05-2020, 20:05
On "Azovstal" was taken from the ...24-05-2020, 11:15
The Dnieper metallurgical plant ...25-05-2020, 20:32
Employees of the Nissan plant in ...27-05-2020, 13:13
Trump has postponed a summit of the G-7 ...31-05-2020, 09:46

as part of a business restructuring is also considered the elimination of the Datsun brand. 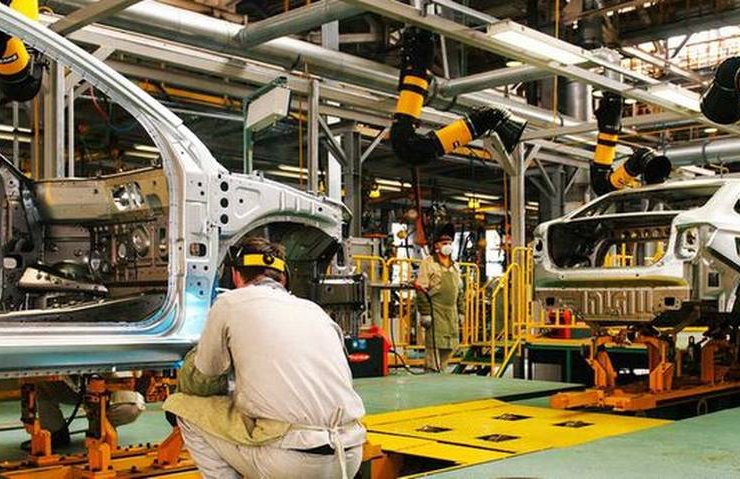 a Sharp drop in demand for cars forced Nissan to cut production, as well as to consider measures of restructuring operations.

According to Kyodo, the loss of jobs is part of the medium-term plan of business restructuring, which Nissan will announce on may 28, simultaneously with the publication of the accounts for the financial year ended in March.

In late April, the automaker announced that probably recorded a net loss for the financial year for the first time in 11 years in connection with the negative impact of the pandemic coronavirus.

Nissan plans to cut annual costs by 300 billion yen ($2.8 billion) as part of the reorganization of the business, said the source Agency. In addition, according to the source, the automaker will record a one-time write-off in connection with the restructuring.

Among other measures, consider the Nissan - elimination of the Datsun brand, stopping one of the production lines in addition to the recent closure of operations in Indonesia, as well as reducing spending on advertising and R&D, said the source.

Nissan is in a difficult situation since the arrest of the former Chairman of the Board of Directors of the company Carlos Ghosn in November 2018. This was followed in the leadership of Nissan was provided with a number of permutations. In particular, the CEO of the company was appointed Makoto Uchida, who succeeded Hiroto Saikawa in October last year. Chief operating officer became Ashwani Gupta.

last week it became known about resignation of the head of the American division of Nissan, josé Luis Valls.

Nissan Shares fell 2.5% at the end of trading on Friday. Since the beginning of this year, its value fell by 41%.

Recommended:
USA to investigate the imports of mobile cranes, regardless of country of origin
Все инфицированные корнавирусом рабочие Днепровского меткомбината выздоровели
"Energomashspetsstal" has successfully mastered the technology of casting of large ingots siphon method
On this topic
Toyota forecasts a drop in annual profit by 80%
Japan called virus crisis "the biggest since the second world war"
Nissan has reduced its profit forecast amid falling sales
In Nissan have announced falling sales in Europe and Russia by 20%
Nissan сократит 12 500 рабочих мест в связи с резким сокращением прибыли в первом квартале
Немецкий автоконцерн Daimler зафиксировал чистый убыток во втором квартале
Add a comment
Сomments (0)
News Analytics
Производство стали в Украине в мае выросло по сравнению с апрелем02-06-2020, 15:03
Европейский автопром скатывался в рецессию последние шесть кварталов - EUROFER02-06-2020, 14:49
Port "South" has set an absolute record in handling most of them ore and coal02-06-2020, 10:49
On iron and steel in may sharply increased the production of cast iron02-06-2020, 10:04
YUZHMASH company congratulated SpaceX on the successful launch of the01-06-2020, 18:05
American steelmakers are faced with an unexpected problem associated with the14-05-2020, 09:09
Relying on the incentives, Chinese steelmakers increase production30-04-2020, 10:20
The rapid recovery of the steel market in China leads to a drop in iron ore22-04-2020, 13:11
Platts: steel Market of China will not be able to recover until the second half20-04-2020, 12:25
Express analysis of the steel market in the new economic environment: companies06-04-2020, 12:51