Cleveland-Cliffs will buy out ArcelorMittal's assets to become the largest steel company in North America. 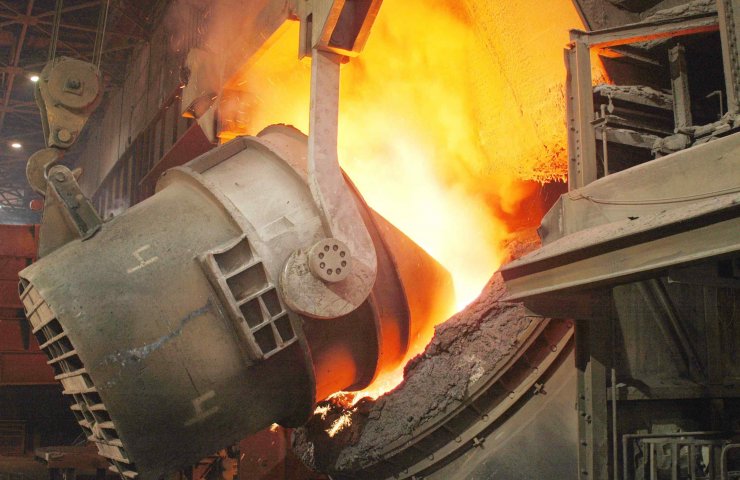 Such a merger will signal a renewed commitment to the steel companies to consolidate and diversify their businesses, making them less vulnerable to fluctuations in demand. This comes after Cleveland-Cliffs bought AK Steel, a major US manufacturer of flat products made of carbon steel, including stainless steel, for $ 3 billion, including debt.

Following the merger, Cleveland-Cliffs will become the largest US sheet metal producer, with steel smelting capacity exceeding 18 million tonnes per year. In addition, its capacity for the production of iron ore raw materials will increase to about 25.4 million tons per year.

The deal will turn things around for Cleveland-Cliffs, which has a market value of $ 2.3 billion and total long-term debt at the end of June of $ 4.5 billion, according to one source.

The deal is scheduled to be completed in the fourth quarter of this year, subject to a positive verdict from the American antimonopoly authorities.

Between September 28, 2020 and March 31, 2021, ArcelorMittal intends to repurchase shares for a total maximum amount of USD 500 million.

Last year, ArcelorMittal said it intends to divest $ 2 billion in assets by mid-2021 to reduce its debt. In December, it agreed to sell 50% of its shipping business, and also sold its stake in the Brazilian steel company Gerdau.

Following the acquisition of AK Steel, which accounted for 66% of its 2019 revenues in the automotive market, Cleveland-Cliffs faced a drop in demand from its customers, who were forced to temporarily suspend new vehicle production earlier this year due to COVID-19 ...

Recommended:
Tensions rise between China and Australia over commodity trade
Ukraine is regarded as a key EU partner in the development of hydrogen technologies
Launch vehicle "Antares" is carrying a new toilet for the crew to the ISS
On this topic
China's largest steel producer to become even larger and number one in the world in terms of
Yuzhmash told whether it is possible to launch reusable rockets from the Black Sea
How the reform of the electricity market in Ukraine can lead to a collapse and what to do about it
Ferrexpo increased total pellet production by 7.4%
In the United States sold the largest steel company producing electrical steel
Heating season in Ukraine: where there can be problems with heat and why
Add a comment
Сomments (0)
News Analytics
Steel production in September 202023-10-2020, 17:21
Innovative matrix headlights on the Audi E-Tron19-10-2020, 22:43
Tensions rise between China and Australia over commodity trade14-10-2020, 18:15
The European Union confirms its intention to introduce a border tax on carbon13-10-2020, 13:20
ArcelorMittal Europe to start producing green steel from 202013-10-2020, 12:44
Dolomite powder market to reach USD 33.44 billion by 202705-10-2020, 12:33
Iron ore prices to surpass six-year high soon16-09-2020, 10:32
World Oil Demand Peak May Be Over - BP15-09-2020, 09:05
China expands car market capacity by increasing demand for steel and metals11-09-2020, 10:56
Prices continue to rise in the long and flat steel markets08-09-2020, 14:25
Sign in with: