The reason for the urgent convocation of the NSDC is called corruption and violation of the social contract by individuals. 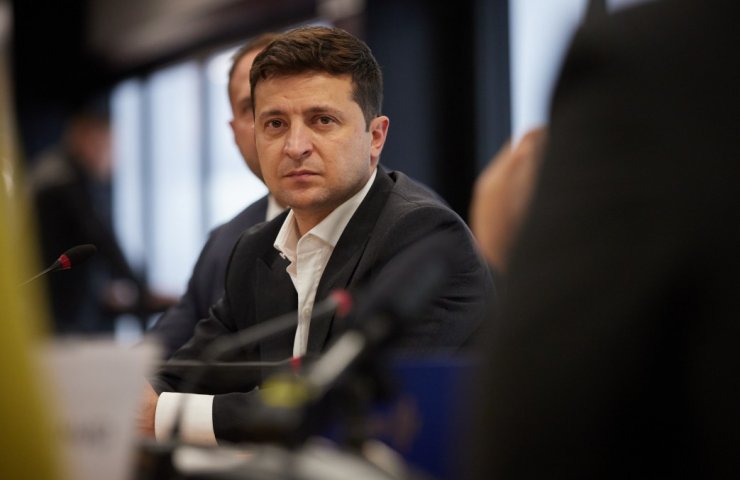 President of Ukraine Volodymyr Zelenskyy convened an urgent closed meeting of the National Security and Defense Council to determine measures for an urgent appropriate response of the state to new threats and challenges to national security and the country's defense.

“We are compelled to state that recently there have been signs that certain entities are trying to revise the key parts of the social contract in Ukraine, which provide for zero tolerance for corruption and any form of non-transparency in public administration. This is unacceptable, "Zelensky's press service said.

The President will invite the NSDC members to discuss the situation in the country's national security and make appropriate decisions. The necessary bills, which in the future to prevent the occurrence of such crisis situations, will be developed and submitted by the Head of State to the Verkhovna Rada as urgent.

“The crushing blows that are being inflicted on the country's achievements in the field of fighting and effectively countering corruption in Ukraine cannot be ignored. An immediate and harsh assessment is required by the decision of individual actors, whose actions are becoming socially dangerous, "the President said.

Recommended:
Pandemic forced ArcelorMittal Kryvyi Rih to reorient trade flows
US Steel relaunches blast furnace # 4 at Gary Works
Ukrzaliznytsia has increased the capacity in the direction of three seaports
On this topic
How the reform of the electricity market in Ukraine can lead to a collapse and what to do about it
Ukraine may face the shortage of drinking water
Vladimir Zelensky said about the immutability of the policy of cooperation with the IMF
Vladimir Zelensky advised AvtoKrAZ to improve product quality
Tough guy against the comedian – as you can see the upcoming meeting of the two Vladimirov in the
Minamaneho heard the report of the head of GP "Truckpol"
Add a comment
Сomments (0)
News Analytics
US Provides $ 20 Billion in Government Support to Airlines to Pay Salaries02-12-2020, 19:25
Metinvest closes its first securitization deal02-12-2020, 19:05
The UN is alarmed by the plans of the states to increase the production of02-12-2020, 19:22
Sanjiv Gupta one of these days will find out all the financial secrets of the02-12-2020, 19:18
EU asks Biden to abolish duties on steel and aluminum02-12-2020, 15:16
European Union scrap collectors worried about possible export restrictions18-11-2020, 10:41
Occupational diseases of workers in the extractive industry: types and ways to16-11-2020, 17:49
Eurofer expects recovery in EU steel demand05-11-2020, 09:47
Hot rolled carbon steel demand will continue to grow by 4% pa until 203004-11-2020, 16:14
Platts Steel Trade Review: China Will Decide Asia's Fate30-10-2020, 10:04
Sign in with: