Until the disputes with Blue Origin and Dynetics are settled, SpaceX will not receive funds from NASA for the development of the device, it must cease any work related to the contract. 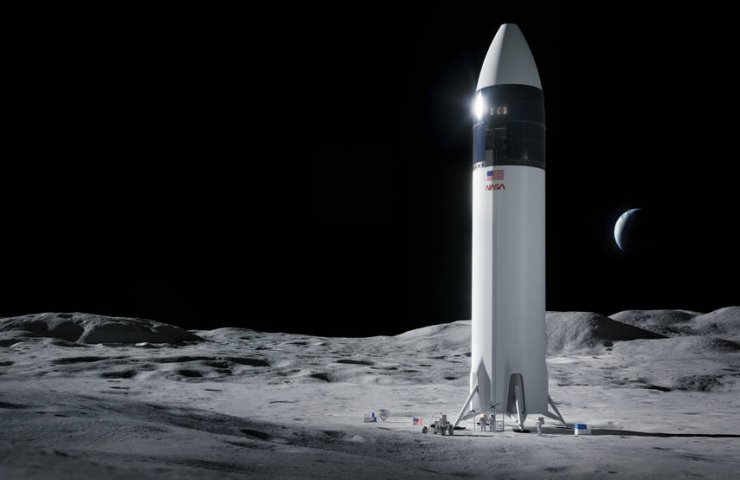 The US National Aeronautics and Space Administration (NASA) ordered Elon Musk's SpaceX to suspend work on a contract he won for the development of a lunar space module, awaiting a decision by competitors in the US Government Accounts Chamber, reported by CNBC on Friday.

NASA's decision means SpaceX must cease any work specifically related to the lunar program contract until the General Administration of Control (GAO) makes a decision, which is expected no later than August 4th.

Earlier this month, NASA signed contracts for the supply of space technology with SpaceX Elon Musk, Blue Origin of billionaire Jeff Bezos and defense contractor Dynetics. This high-profile project aims to return people to the moon for the first time since 1972.

Blue Origin filed a protest with the GAO on Monday, arguing, among other things, that NASA gave SpaceX the opportunity to reconsider its application, but did not give Blue Origin such an opportunity. Blue Origin also claims the move expands SpaceX's "monopoly" control over space exploration.

The GAO has confirmed that Dynetics has also challenged NASA's contract with SpaceX.

In line with the GAO's protests, NASA has instructed SpaceX that work on the HLS (Human Landing System) contract is on hold until the GAO resolves all pending litigation related to this purchase, ”the agency said in Friday.

Elon Musk's SpaceX won a NASA contract to deliver astronauts to the lunar surface earlier in April. NASA planned that four astronauts would be transported to the lunar station on the Orion spacecraft, from there two of them would go to the Moon in SpaceX's Starship.

Recommended:
The Ministry of Economy of Russia proposes to create a "Hydrogen Valley" on Sakhalin
Another German environmental organization has filed a lawsuit against Nord Stream 2
US pledges to halve emissions by 2030 as part of renewed fight against global warming
On this topic
2021 will be the year of rapid development of private astronautics
NASA plans to build a permanent habitation base on the Moon until 2030
The head of the Internet company Amazon will send a woman astronaut to the moon in 2024
Yuzhmash told whether it is possible to launch reusable rockets from the Black Sea
Amazon's black streak: the 10 billion Pentagon contract goes to Microsoft
NASA doubted the reality of the landing on the moon in 2024
Add a comment
Сomments (0)
News Analytics
Metallurgical Plant Zaporizhstal announced the transfer of data on emissions12-05-2021, 16:46
Interpipe's 5-year Eurobonds for $ 300 mln are assigned a priority unsecured12-05-2021, 16:30
Dnipro Metallurgical Plant exceeded the April production plan by 6.7%12-05-2021, 15:45
The auto industry rushed up: the production of vehicles in Ukraine increased 1612-05-2021, 15:44
The Minister of Energy of Ukraine promised today to close the issue of wage12-05-2021, 14:24
The current state of the market is ideal for the sale of rolled steel - IREPAS04-05-2021, 18:41
Global hydrogen demand to grow 7-fold by 2070 - PwC21-04-2021, 12:31
World Steel Association predicts a good year for metallurgists15-04-2021, 18:19
World Steel Association defines green steel and its variations12-04-2021, 13:14
China unlikely to cut steel capacity in 2021 due to high steel prices07-04-2021, 12:11
Sign in with: