The Nikolaev shipyard completed the restoration of the armored boat that took part in the passage through the Kerch Strait, which ended in an armed clash with the fleet of the Russian Federation. 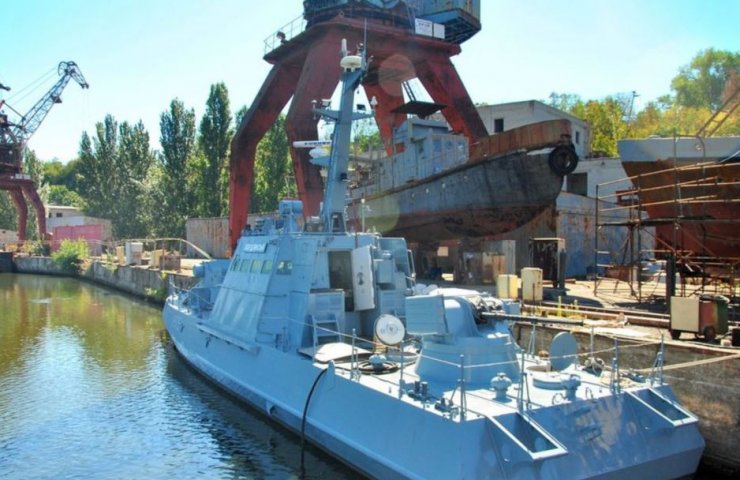 The state enterprise "Nikolaev Shipbuilding Plant", which is part of the state concern "Ukroboronprom", completed the repair of the small armored boat "Berdyansk" of the Ukrainian Armed Forces ahead of schedule. This was reported by the press service of Ukroboronprom on Thursday.

During the repair, which began in June 2020, the propeller-steering system, onboard fittings, protectors, the main engine system and other components of the armored boat were restored. In addition, the company's specialists have eliminated the damage to the hull, which MBAK "Berdyansk" received two years ago during a special operation in the Kerch Strait.

“The restored boat has successfully passed sea trials and has already been delivered to the customer ahead of the schedule stipulated in the contract. We are fully fulfilling all our contractual obligations, we are already completing the repair work of the Yuri Olefirenko medium landing ship of the Ukrainian Navy. The plant works, increases the rate of production and implements a number of measures for the financial recovery of the enterprise from the debts that have been accumulating for years by the previous management of the plant, ”said Valery Kalashnikov, director of the Nikolaev shipyard.

Let us remind you that in October the Nikolaev shipyard restored the anti-sabotage boat of the Armed Forces of Ukraine "Naked Pristan" ahead of schedule and successfully completed field dock work on the repair of MBAK "Lubny" in Mariupol. Recently, for the purpose of financial recovery, the company introduced a procedure for disposing of property in accordance with the requirements of the Code of Ukraine from bankruptcy procedures.

Recommended:
China diversifies coal imports by ditching Australian goods
Volkswagen invests 27 billion euros in self-driving cars
Swedish state-owned mining company to switch to hydrogen for DRI production
On this topic
Global steel production in June 2020 decreased by 7%
The Nikolaev aluminous plant announced that forced the suspension of production
The Nikolaev shipbuilders gave the signal SOS
"Bogdan motors" has put APU in a new batch of trucks, "Bogdan-63172" (Video)
American tanks Abrams and BMP Bradley appeared on the border with Belarus
Nikolaev plant "Ocean" will build two dry cargo ships and has already ordered 1200 tons of steel in
Add a comment
Сomments (0)
News Analytics
SE "VostGOK" promises to pay off wage arrears by the end of next week27-11-2020, 22:39
Ukraine is losing leadership in the EU rapeseed import market due to the27-11-2020, 18:50
Italian steel plant - largest in Western Europe - launches blast furnace27-11-2020, 17:00
Tesla will recall more than 10,000 cars with defective roof and steering wheel27-11-2020, 16:13
How much will steel prices in the United States "jump" upwards and what are the27-11-2020, 16:23
European Union scrap collectors worried about possible export restrictions18-11-2020, 10:41
Occupational diseases of workers in the extractive industry: types and ways to16-11-2020, 17:49
Eurofer expects recovery in EU steel demand05-11-2020, 09:47
Hot rolled carbon steel demand will continue to grow by 4% pa until 203004-11-2020, 16:14
Platts Steel Trade Review: China Will Decide Asia's Fate30-10-2020, 10:04
Sign in with: