The Ukrainian delegation, chaired by Volodymyr Zelenskyy, signed memoranda and contracts in the UAE in the amount of $ 3 billion or more. 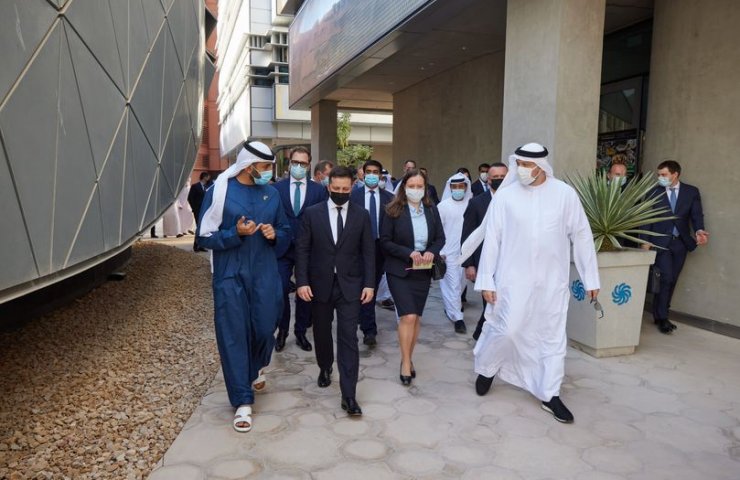 In addition, the Mubadala Foundation signed a Memorandum of Understanding with the State Property Fund of Ukraine.

All signed agreements are aimed at deepening cooperation in the development of promising investment projects and the participation of the Emirates side in the program of privatization of state property in Ukraine, the press service of Zelensky noted.

The President of Ukraine noted that the signing of a memorandum with the state investment fund Mubadala of the Government of Abu Dhabi on intentions to invest in Ukraine is a very important step in opening the way for large-scale investments in Ukraine from Western Asia.

According to open sources, the mission of the Mubadala Foundation is to help diversify the economy of Abu Dhabi. The focus is on managing long-term investments aimed at providing high financial returns and tangible social benefits for the emirate.

In general, according to the press service of Zelensky, during the official visit of the President of Ukraine to the UAE, the Ukrainian delegation signed a number of memorandums and contracts totaling $ 3 billion or more.

Defense documents were signed, within the framework of which, in particular, the possibility of building joint factories outside of Ukraine was discussed.

In addition, a memorandum was signed in the agricultural sector, which provides for the creation of an agricultural hub and a trading company in order to ensure food security.

Recommended:
The window of opportunity is open - State Service of Geology and Subsoil of Ukraine
28 officials prosecuted for explosion at gold mine in East China
German exports in 2020 show biggest decline since financial crisis
On this topic
Interpipe reduced sales of pipe and railway products in 2020
Smart Holding and Dragon Capital agree to sell Unex Bank
IRENA: hydropower will be critical to decarbonize the economy
INTERPIPE has allocated $ 2 million for the purchase of tests for coronavirus
The Minister of energy and the environmental protection of Ukraine Alexey Orzel went to the Emirates
Concorde Capital told about the preparations for the privatization of the largest coal companies of
Add a comment
Сomments (0)
News Analytics
Турбоатом и Электротяжмаш обсудили перспективы сотрудничества по контрактам05-03-2021, 19:04
DMZ Yaroslavsky in February almost doubled the production of rolled products05-03-2021, 18:19
Sanjeev Gupta Metallurgical Alliance Stops Paying Greensill Loans05-03-2021, 18:18
China to build high standard free trade zone network to reach worldwide - Xinhua05-03-2021, 16:43
Ukraine and Australia have become one step closer in cooperation in the space05-03-2021, 14:25
Spread between raw materials and high strength alloy steel in Europe increased01-03-2021, 20:21
Increase in prices is forecasted in the markets of steel raw materials -26-02-2021, 09:25
Troy ounce of gold will drop $ 500 in two years - Fitch25-02-2021, 18:29
Global iron ore production growth to outstrip cumulative production in India23-02-2021, 10:22
Fitch Ratings Warns of “Shocking Impact” on Fossil Fuel Exporters18-02-2021, 14:44
Sign in with: