"Naftogaz" considers individuals who decided in favor of the Ukrainian Energy biased. Representatives of "Naftogaz" require the court to cancel the permit and to revise the results of the competition. 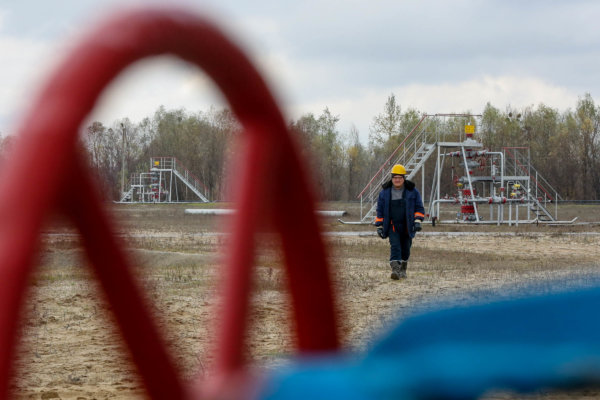 the NJSC "Naftogaz of Ukraine" of December 13 has filed a lawsuit on the government of Ukraine with the requirement to reconsider results of competition the agreement on production section (PSA) on developing oil and gas Varvinsky square (Chernihiv region), the winner of which was determined Ukrainian Energy LLC (USA). About it announced the publication Time, citing its own sources.

According to Time, "Naftogaz" believe that the Ukrainian government illegally issued oil and gas fields of the American company, which is associated with former energy Minister Rick Perry has business connection with Michael Bleyzer, Sigma Bleyzer the owner, which was the investment Advisor of Aspect Holdings LLC, the founder of Ukrainian Energy LLC.

Also, the publication, citing sources said that Perry, in may this year gave the President of Ukraine Volodymyr Zelensky, the list of persons who could be in Ukraine consultants in the energy sector. Among the specialists who were recommended by Perry, was the blazer.

however, as stated by blazer Time, Ukrainian Energy received the right to develop Varvinsky square honestly. According to him, nobody exerted any political pressure on the Ukrainian government, and the decision was taken after consultations with external experts from the United States.

Recall that in July this year the Cabinet of Ministers of Ukraine has determined the winners of the PSA tenders on 9 sites, in particular the winner of competition to conclude a PSA for the development of Varvinsky area defined Ukrainian Energy LLC.

Ukrainian Energy LLC (Texas, USA) was founded with the goal of entering the oil and gas sector of Ukraine (in particular to participate in the contest PSA Varvinsky station). In 2018, American companies of Aspect Holdings LLC and Sigma Bleyzer Investment Group, LLC created "the international Fund of the Ukrainian energy sector", International Fund for Ukrainian Energy LP (IFUEL) with the purpose of investing in the energy sector of Ukraine (in the first Fund approved more than $ 100 million).

In early December, the Ukrainian government said they wanted to replace the leadership of "Naftogaz", as well as some 50 strategic enterprises of the country. As reported the Minister of energy and the environmental protection of Ukraine Alexey Orzhel, will dismiss the head of "Naftogaz" 2014 Andriy KOBOLEV and the head of the operator Ukrenergo Vsevolod Kovalchuk.

Финансовая аналитика, прогнозы цен на сталь, железную руду, уголь и другие сырьевые товары. More news and analytics on Metallurgprom telegram channel - subscribe to get up-to-date market information and price forecasts faster than others.
Сomments
Add a comment
Сomments (0)
On this topic
AP: the Ukrainian Authorities are under pressure from the administration official trump made a bad
Denmark Ukraine will provide interest-free loans for renewable energy projects
The operator of the gas transport system of Ukraine has concluded agreements with all connecting
The Supervisory Board of PSA approved the merger with Fiat Chrysler
Rolls-Royce lost 90 million euros on the sale of the Bergen Engines plant, but did not give it to
Interpipe told Ukrainian gas producers about the secrets of UPJ-F premium connection
Recommended:
ArcelorMittal invests $25 million in nuclear technology development
The state will not support the export of metals from Russia - Ministry of Industry and Trade of the Russian Federation
China to halve ferroalloy production due to weak demand
News Analytics
Metinvest enterprises in Ukraine resumed work after massive shelling of29-11-2022, 11:59
The European Council added the violation of restrictive measures (sanctions) to28-11-2022, 14:22
The abolition of export duty in India may reduce the price of Turkish steel28-11-2022, 14:07
Australia and the UK aim to catch up and overtake China in the battery metal26-11-2022, 22:37
The United States imposed a ban on the import and sale of equipment from26-11-2022, 22:31
Commodity prices will fall, metals quotes will rise slightly - Focus Economics28-11-2022, 13:28
Platinum market to face shortage next year - WPIC22-11-2022, 18:25
Global steel demand falls and will fall by 2.3% in 2022: WorldSteel19-10-2022, 23:12
Iron ore prices fall to 11-month low15-10-2022, 10:36
China production cuts in winter will give limited boost to steel markets -15-09-2022, 10:09
Sign in with: