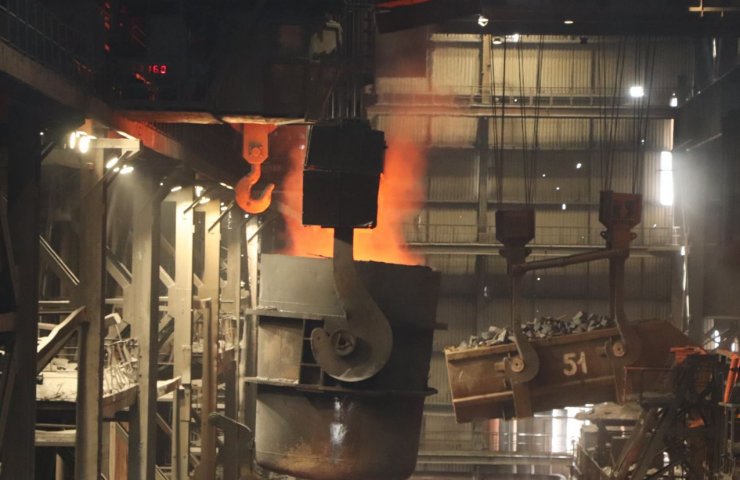 Dneprovsk Iron and Steel Works (DMK) in May 2021 produced 255,362 tons of commercial metal products, having worked in excess of the operational target by 1,399 tons, informs the economic planning department of the plant.

The May assignment in all production workshops has been completed with a plus. An exception is the production of commercial steel in converter production.

Dnipro Metallurgical Plant in May shipped 258,824 tons of commercial metal products to customers, which is 7,269 tons (2.9%) more than the set target.

Recommended:
Russia has allocated over a billion rubles for the development of the production of freight transport
Australia rejects UN demand to liquidate coal industry
In the next two weeks, full information on the use of Ukraine's subsoil will be published
On this topic
Dnipro Metallurgical Combine worked in negative territory for the entire first quarter of 2021
Dneprovsk Iron and Steel Works did not fulfill the production targets planned for February
Dnipro Metallurgical Plant exceeded the plan for steel production in January
Dnipro Metallurgical Plant at the end of 2020 worked ahead of schedule
Dnipro Metallurgical Plant exceeded the November production plan by 15%
Dnipro Metallurgical Plant first fulfilled the plan for the production of rolled metal
Partner news
Сomments
Add a comment
Сomments (0)
News Analytics
Interpipe completed a million dollar investment project20-09-2021, 18:13
Gazprom will cut transit through Poland and will not book additional capacities20-09-2021, 18:57
World iron ore prices are already below $ 100 per ton20-09-2021, 17:39
The largest metallurgical company in Austria will allocate 185 million euros20-09-2021, 13:56
The capacity of the domestic market of rolled metal products in Ukraine20-09-2021, 12:28
Moody's changes its outlook for the mining and metals industry from "positive"14-09-2021, 18:39
European steel prices decline from summer highs and remain stable high04-09-2021, 10:38
Rise in European steel prices to dizzying levels finally fizzled out - Bloomberg27-08-2021, 13:18
Gold continues to be the most efficient portfolio asset - WGC26-08-2021, 12:38
Falling iron ore prices caught Wall Street by surprise - WSJ23-08-2021, 13:57
Sign in with: